There Were Two Reasons Not To Swap Leclerc & Sainz, According To Binotto 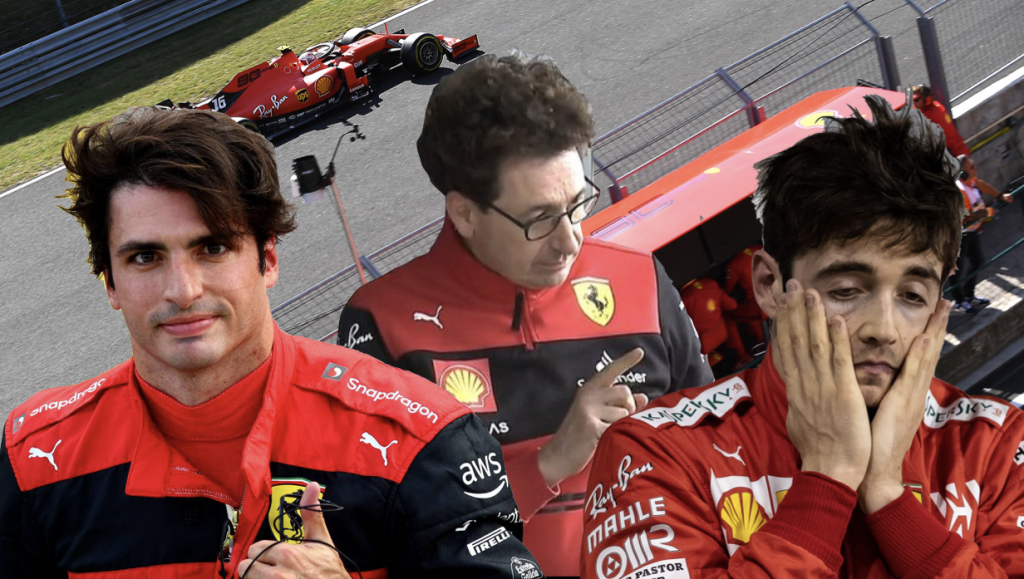 At the Brazilian GP, Carlos Sainz was running in P3 during the last laps with Charles Leclerc behind him in P4. Leclerc is fighting for P2 in the Drivers’ Championship against Sergio Perez and, as such, requested over team radio whether he could switch positions with Sainz for more points. He was denied.

Leclerc caught many viewers off guard; “How could he ask Carlos to give up a podium?” was a common phrase across social media. However, things have been cleared up and it turns out Leclerc asked because this was a scenario the team had discussed and approved in the morning’s strategy briefing.

Leclerc told Motorsport.com that, “I kind of understand that obviously Carlos is on the podium, but I normally don’t ever ask these type of things.

“I did [it] because we had a discussion before the race, mentioning this case. And, for some reason, then we changed our minds in the heat of the moment. That was very frustrating, but it’s like this.”

Why did Ferrari change their minds? There were two reasons and they both meant that the team deemed it far too risky to switch the drivers on the straight.

The first reason was the risk of Sainz getting a 5s penalty for a safety car rule infringement after the confusion surrounding Yuki Tsunoda’s track position.

The second is really quite simple; Fernando Alonso and Max Verstappen were way too close behind Leclerc.

So the thinking was that Sainz would have been at a high risk of losing more positions if he was given a penalty or mistimed the pass. This would’ve had made things far worse for the Constructors’ Championship with Ferrari risking the loss of P3 and P4, for a possible P3 and P6. The team comes first, it seems.

Team principal, Mattia Binotto, explained it like this, “Swapping the two cars on the last straight was certainly tricky, because Charles had Fernando and Max just behind. So certainly it would have been tricky and somehow dangerous.

“But more than that, we knew that we were under investigation for what happened behind the safety car with Tsunoda. We were cleared by Race Control at the time so we were quite, let me say, comfortable, but without having a conclusion on that matter, it would have been risky, because a five-second penalty, for example, would that then Carlos would have been losing more than one position.

“So, for the Constructors’ Championship, it was certainly better to stick with the positions and the gaps on track.”

Ferrari are just 19 points ahead of Mercedes in the Constructors’ and retain P2, but with one race to go, it’s all to play for in Abu Dhabi.