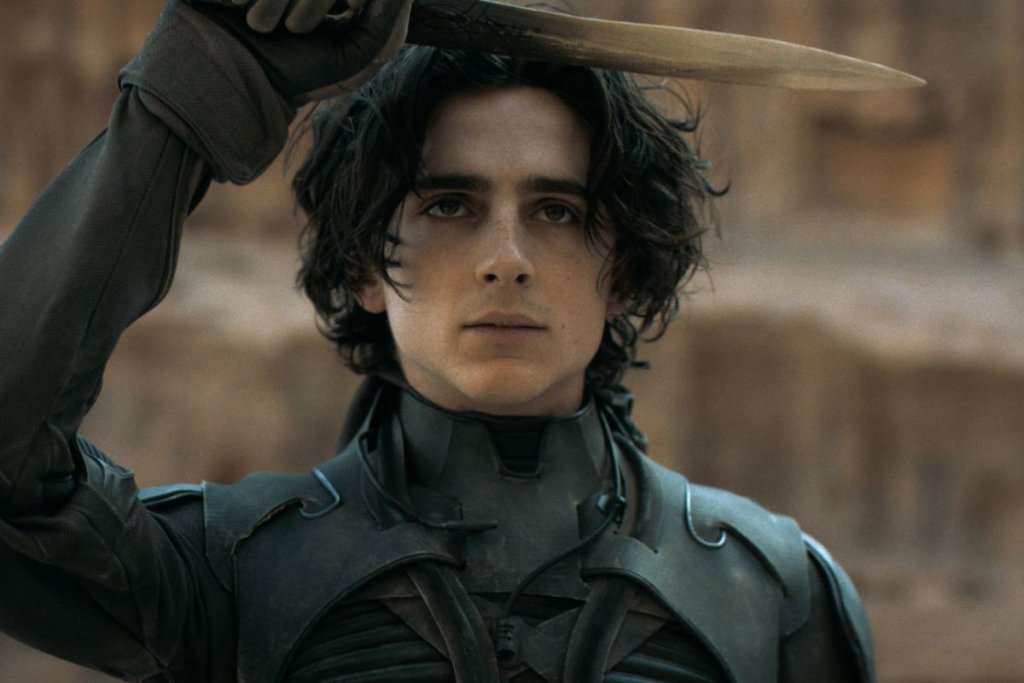 Timothée Chalamet is no stranger to Hollywood productions of epic scale: he’s starred in blockbusters such as 2014’s Interstellar and 2019’s The King, but the 26-year-old actor has revealed that playing Paul Atreides in Denis Villeneuve’s 2021 Dune proved to be one of his most difficult acting endeavours.

In an interview with Homme Girls for his most recent film, Bones and All, Chalamet opened up to his co-star Taylor Russell about how Dune’s sheer scale blindsided him as a younger actor.

“And it’s something you don’t get to do with movies – revisit,” Chalamet said. “Actually though, I’m feeling that with Dune. Speaking about how cycles match life, I was younger when I did it the first time and was kind of blindsided by how big that movie was.

For Chalamet, Dune differed significantly compared to his previous roles: as the protagonist Paul Atreides, the heir to noble house Atreides, Chalamet was the focus of the majority of the scenes, which were filmed across multiple different locations and scenarios.

No doubt there was also the pressure of living up to the zealous expectations of fans of Frank Herbert’s 1965 novel, which has long since been cursed with the reputation of being ‘unfilmable.’

Yet, Villeneuve seems to have pulled off the impossible with Dune, earning a spicy $401 million at the box office, and claiming 10 Oscar nominations along the way. November next year will see the release of Dune: Part Two, and we’ll certainly see Chalamet even more comfortable in the role.

Still, Dune wasn’t a challenging experience for Chalamet alone: the crew had to work in the scorching heat of the desert in Jordan and the United Arab Emirates to bring the desolate dunes of Arrakis to life. In an interview with Vanity Fair earlier this year, Villeneuve said the process was rough, but it was worth it in the end.

“Bringing Dune to life was extremely challenging for everyone involved, but shooting in the desert together created a strong bond between us,” he said. “It was quite magical, a real adventure. Everybody gave their best.”

In that same interview, Villeneuve gave some insight into what fans could expect from the second film, while also hinting at a possible return to Arrakis and the saga of Paul Atreides after that.

“The second one will definitely be more visual and less dialogue-driven. Hopefully there will be another film after that,” he said. “Dune Messiah, Herbert’s second novel in this universe, would make total sense as a third movie because it completes Paul Atreides’s arc.

“I want to make part two as fast as possible, then I will wait a few years—until Timothée Chalamet gets a bit older—to do the final instalment.”

While Dune: Messiah might be a long ways off, fans of the series can look forward to Dune: Part Two next year, and sometime after, a television series called Dune: The Sisterhood will give us a deeper look into the schemes of the enigmatic Bene Gesserit.