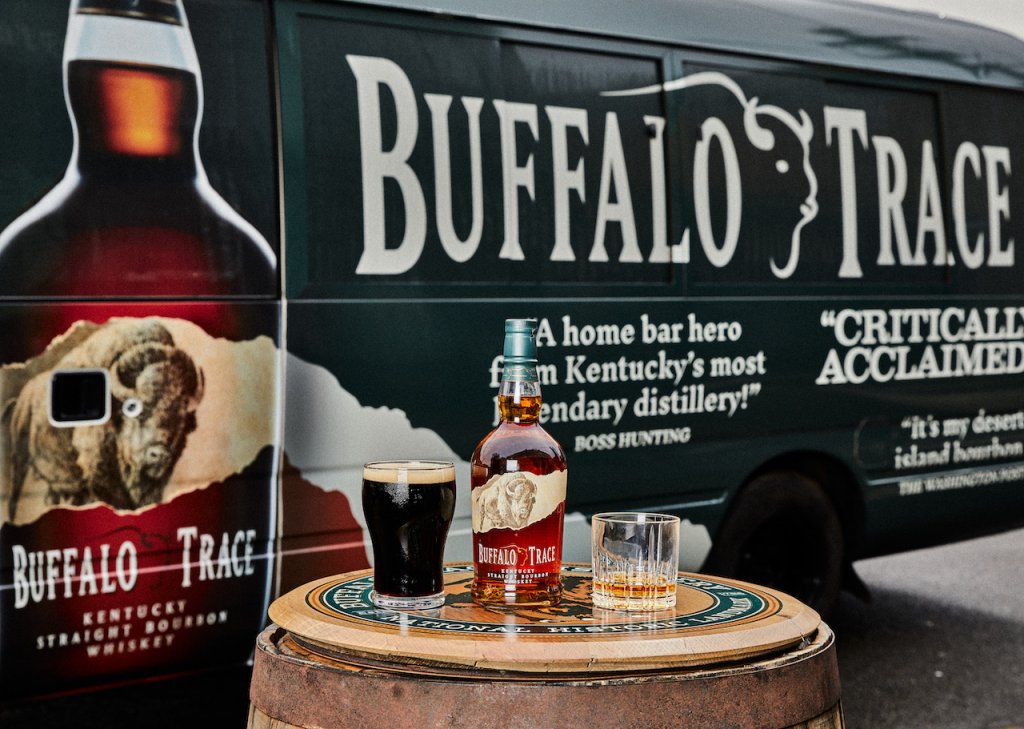 We were asked to try the Buffalo Trace brewery tour and initially, I was slightly hesitant. I’ve never been the biggest bourbon fan, but when they described a tour filled with beer and BBQ as well as bourbon, I must say, that really sweetened the pot.

The tour is a four-stop stint across notable breweries in Sydney’s inner-west from White Bay Beer Co. in Balmain to the Mixtape Brewing & Bar in Marrickville. Along the way, whiskey experts chat with you about whiskey, while the breweries extrapolate on their beers. While you may start feeling a little cloudy in the head midway through the trip, you still manage to learn about the history of Buffalo Trace and the breweries, plus how both the whiskey and beer are brewed. If you’re into it, it’s fascinating. 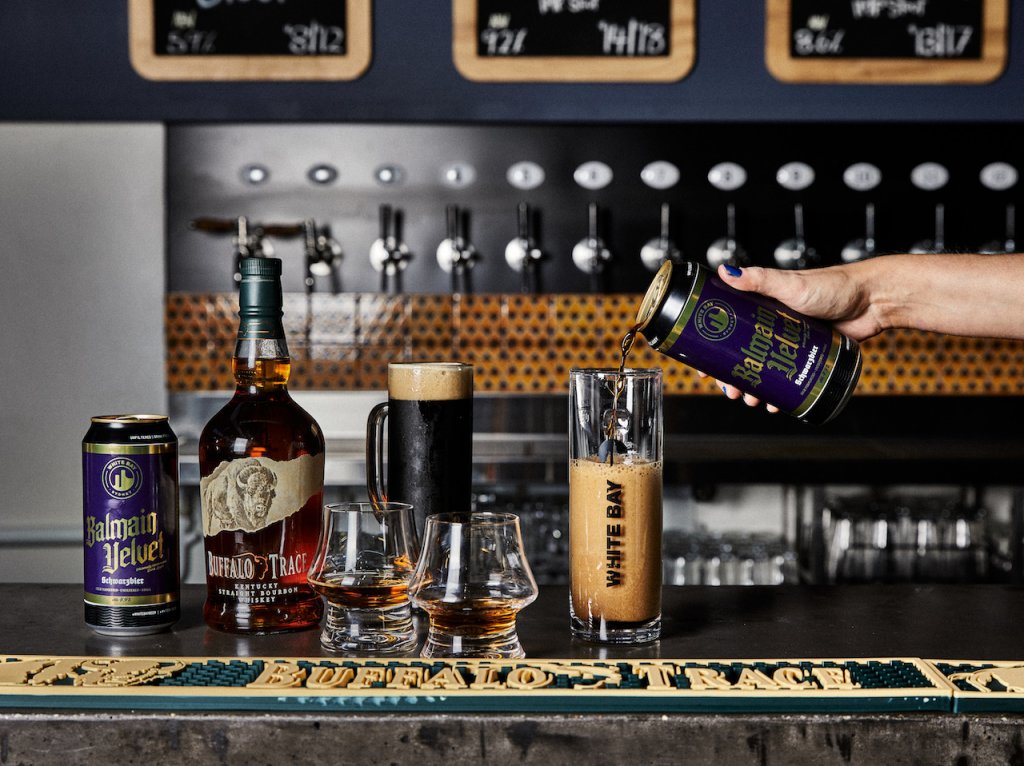 Our first stop is at the White Bay Beer Co. and they paired Buffalo Trace with a dark lager of their own, the Balmain Velvet Schwarzbier. A dark lager isn’t one of the more common types of beer around. It comes from certain parts of Germany and while it looks like a stout, it doesn’t fit the profile. This beer is so authentic to the German original, that it is made from all German ingredients with just a dash of Australian ingredients to give it its own unique profile. It isn’t rich and thick but goes down like any other lager. It’s incredibly easy to drink with a delightful taste that will have you wanting more. I will certainly be keeping an eye out for this in the bottle shop. While the beer was my personal favourite, when paired with the whiskey it really brought out the flavour in both, particular to spice toffee hints of the beer.

Next up was the Wayward Brewing Co., Sydney’s top rated craft microbrewery. We were treated to a special brew from Wayward made especially for the tour, the “Imperial Stout.” While it looked like the Schwarzbier, the flavour was certainly not the same. The stout was made with caramel and chocolate infused malts with rye. What this has done is given the beer a far sweeter profile with hints of burnt molasses, vanilla, and dark cacao. This worked extremely well with Buffalo Trace’s sweet flavour with hints of toffee and vanilla. 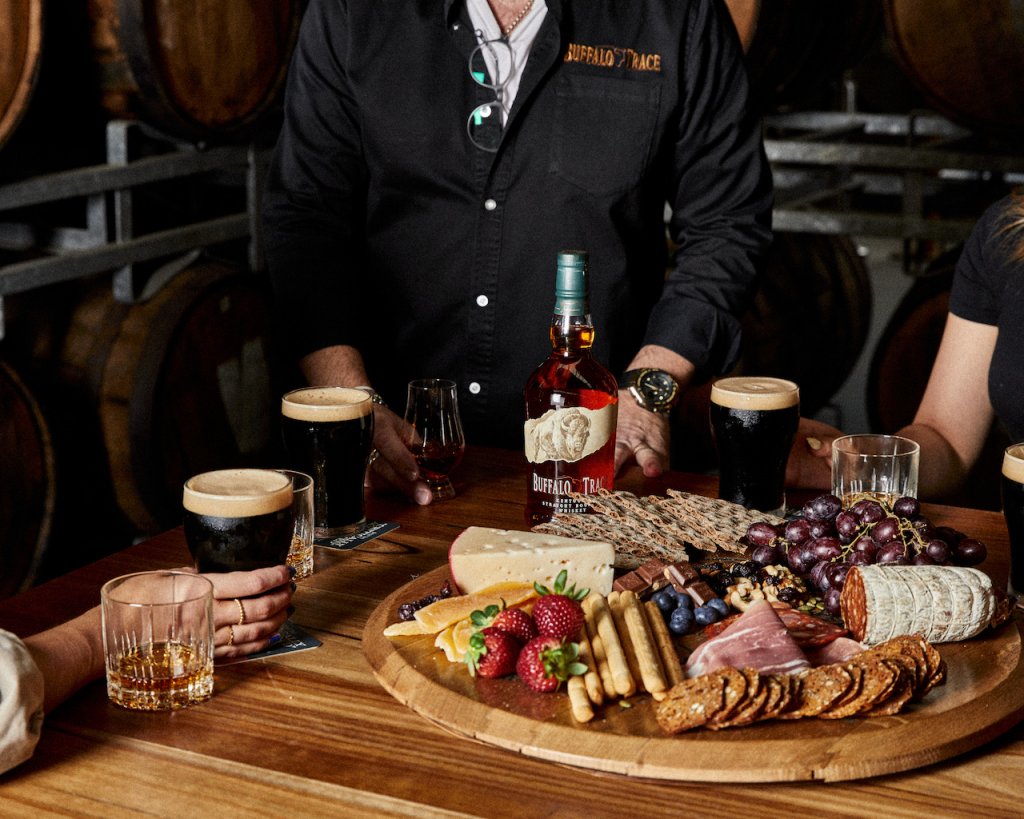 It was at the Wayward that we were fed and who can go wrong with brisket? Eating here and drinking the Imperial Stout as dessert is so comfy and toasty that it will rock you to sleep. I mean that as a compliment as I was so well-fed and watered.

But the tour must go on, and the next stop is the Stockade. This brewery is a playground for enthusiasts. It used to be an old cheese factory, but you wouldn’t be able to tell with it expanding into a 750sqm warehouse with a 10-metre bar and up to 100 barrels stored inside. Some of those barrels even used to age Buffalo Trace Kentucky Straight Bourbon Whiskey. The whiskey was paired with the “Pepperberry Porter,” another beer designed to pair perfectly with Buffalo Trace. This is a lighter beer with botanical flavours that pair surprisingly well with the smoky flavours of the bourbon.

Now unfortunately I couldn’t make it to the Mixtape Brewing & Bar due to a prior commitment, but I have visited before and can confirm their beer is top notch. However, it is a shame that I didn’t get to try the “Buffalo Bourbon Amber Ale,” but I have good news! All these beers specially brewed for Buffalo Trace will be available at each brewery throughout the month of October.

To top it all off, guests will also take home a bottle of Buffalo Trace Kentucky Straight Bourbon valued at $60.

Tickets are $99 but are extremely limited right now. If you miss out there’s still a chance to win two double passes on the @buffalotraceau Instagram.