How Carlos Sainz Did What Daniel Ricciardo Couldn’t 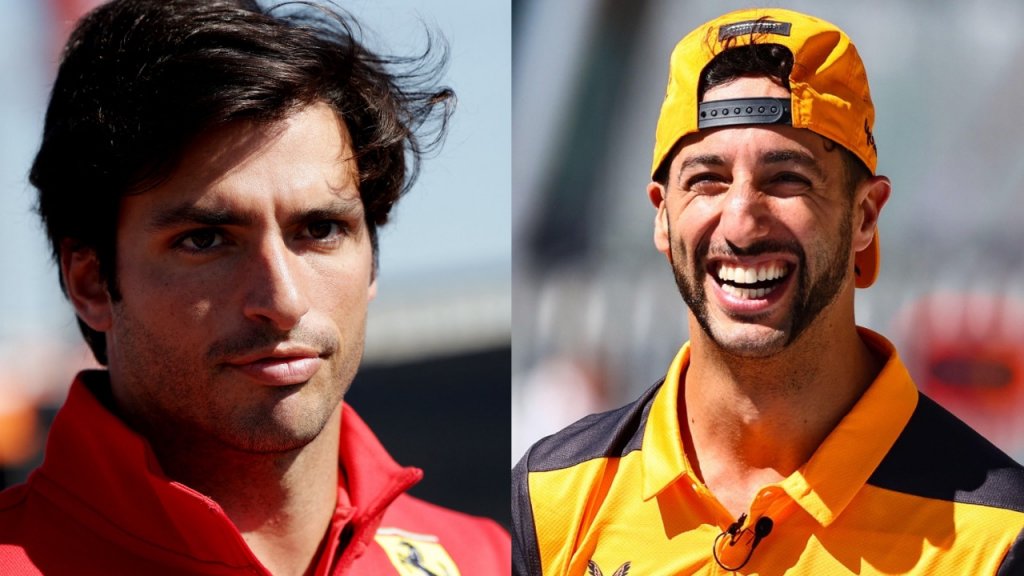 Carlos Sainz Jr. recently did a fantastic interview with Motorsport.com that every fan should read in full, but it was his comments about his own struggles with Ferrari’s F1-75 in 2022 that caught our attention. There are similarities between Sainz’ struggles with Ferrari in 2022 and Daniel Ricciardo’s during his tenure at McLaren, the difference? One of them got to keep their job. The reason why is simple, Sainz was able to adapt to his car, but how did he do this?

Exploring the last two years of these drivers’ careers can provide some insight as to what each of them got right and wrong. Both drivers had to adapt to a new car in 2021, Carlos succeeded, Daniel did not. In 2022, Carlos faced a car that was so unnatural for him drive that he had to change his driving style dramatically, just as Daniel tried to do in 2021. Carlos then managed a win at Silverstone, from there his form improved, whereas after Daniel’s win at Imola, no noticeable improvement occurred. Was it up to the drivers alone to improve or were there other factors at play?

Carlos Sainz, The Story So Far

Carlos Sainz, in contrast to Ricciardo, got a handle on his new Ferrari in 2021 almost immediately. He finished P5 in the Drivers’ Championship ahead of his teammate, Charles Leclerc. By the start of the 2022 season, general opinion held that Ferrari had one of the strongest driver pairings on the grid, but things took a turn for the worse.

Sainz told Motorsport.com that “at the beginning of 2021, only a year ago I knew where the limits of the car were and I knew where to find the last two tenths, mostly in a certain type of curves.”

(Apologies if things sound wrong, the interview is in Spanish, so it required a [probably dodgy] translation to English)

The F1-75, Ferrari’s 2022 car, is a different beast altogether. It’s fast, in fact, it’s a championship contender. While we know now that Ferrari’s championship challenge didn’t work out in 2022, this wasn’t the case at the start of the season when Charles Leclerc had won two of the first three races.

“This year we finally had a competitive car at our disposal,” said Sainz. “A single-seater that can aim at the top, and all of a sudden I found myself in a completely new position for me, that is, more than two tenths away from my teammate and without understanding why.”

Other than the competitive car bit, doesn’t this sound familiar to Ricciardo’s struggles in 2021?

Sainz went through the same process of figuring out what the problem was, and he realised quickly that he had to change his driving style completely to suit the car or face prolonged problems.

“Sometimes it happens in a driver’s career to get in a car, as I did in 2021, and without doing anything in particular, simply driving as you like to do, you get it right away,” said Sainz, but in the F1-75, Sainz said he “had to completely change my driving style, moving on to a very unnatural way of driving for me and… making it natural, [that’s] a time-consuming ride.

“I also tried setup solutions that initially seemed to go in the wrong direction and then later discovered that they weren’t wrong, and all on race weekends, since there are no more tests. In a few weekends I went off the way with the set-up… and all this accumulated frustration.”

Accumulated frustration was a hurdle that many fail to move past, but as Carlos said, “then came the Canadian Grand Prix, and from that moment I found my way.”

Find his way he certainly did as he won the British Grand Prix the following weekend, his first ever race win. Was all Sainz needed was confidence? Or did the team help?

Sainz said that while the team were aware, there was only so much they could do: “The team obviously listened to me, and was always aware of what my difficulties were. But we are in an era of budget-cap, plus these single-seaters do not offer much room for manoeuvre in terms of set-up. Only in the advanced season was it possible to have a couple of technical novelties that really helped me fine more performance.”

When asked if was worried whether what happened to Ricciardo, could happen to him, Sainz said every driver worries about that:

“Every driver I think knows, we are judged by what we did and achieved in the last race. At most, the last season is evaluated, which is why Daniel is in such a difficult situation today… It’s the way sport values us: if you win, you’re a hero, have a great weekend and become the best driver in the world, no one is better than you. but if you go through a difficult period, the opposite happens…”

It is here that Sainz posits his theory as to why Ricciardo is in such dire straits and it has nothing to do with Ricciardo’s skill: “I know how good Daniel is, he found himself in a team with which he never felt comfortable and this was enough to make his career take a different path. He won a race last year, but no one remembers it by now.”

Adaptability, perhaps, is not Daniel Ricciardo’s strong suit is. You can’t just win a race; you have to be consistent. 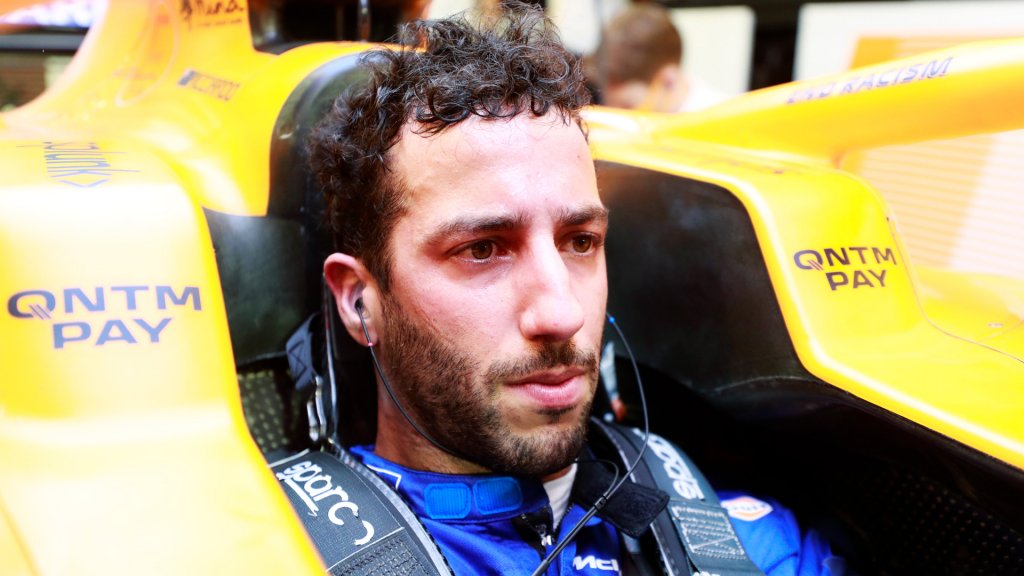 When Daniel Ricciardo first joined McLaren in 2021, he struggled to adapt his driving style to the esoteric McLaren. The team’s racing director, Andrea Stella, said at the time that Ricciardo’s natural style simply didn’t suit the McLaren: “He is a driver who likes to roll the speed in the corner, not necessarily attack the braking, as much as our car requires.”

Stella likened the process of improving Ricciardo’s performance as similar to that of a musician: “You can tell him how to play a guitar, you can use a lot of theory, but at some stage, you will have to spend quite a lot of time with the guitar and make quite a lot of exercise.”

Practice makes perfect, but unfortunately for both the team and Ricciardo, things didn’t work out that way. Despite a win in Italy, Ricciardo never came to terms with the car. Couple this with a deteriorating mental state. Speaking on the Armchair Expert podcast (via GP Fans) Ricciardo explained:

“Racing was dictating my overall happiness. You have a bad race and then okay, I’m now just a shitty person to be around… Last year [2021] I was going through that and yes, I was letting it kind of control me as a person too much…”

While we cannot speak to Ricciardo’s mental state in 2022, The Last Lap Show believed he is a “broken man” in a heavily criticised video. Regardless of personal opinions on the video, it does highlight that things hadn’t gotten better for Ricciardo especially if “racing was dictating [his] happiness” as his race results simply didn’t improve.

Nyasha does not hold back on Daniel Ricciardo! pic.twitter.com/nlWWPNBrJb

Did Ricciardo not practice enough? Or did McLaren fail Ricciardo? Four-time world champion, Sebastian Vettel, believes it may be the latter: “I don’t know the details, but I guess McLaren failed to extract the potential that he has.”

McLaren team principal, Andreas Seidl, admitted that the team bears some of the blame for Ricciardo’s drop in performance: “For a driver being able to extract the performance from the car is a team effort between the driver and the team, so I just want to be clear as well that I fully take responsibility of being in charge of the team that couldn’t find the magic in order to find these percentages that we were seeing from time to time.”

Ultimately, Seidl attributes this mutual failure as the reason they had to let Ricciardo go: “That’s why at the end we came to conclusion that we go our separate ways next year.”

What Can We Learn? 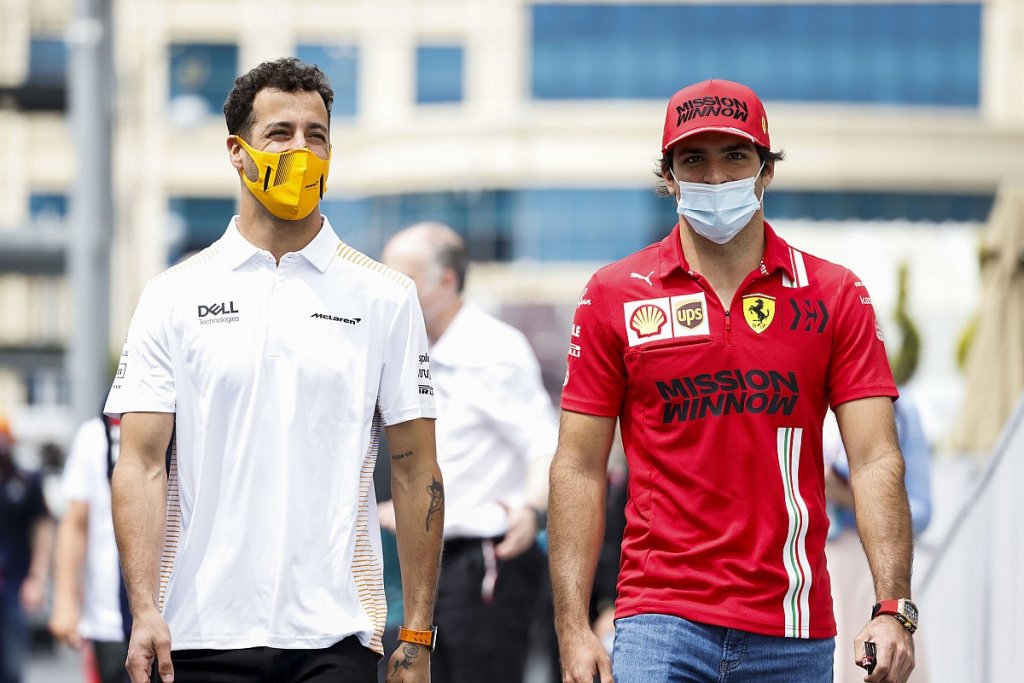 While Sainz has been incredibly tight-lipped about what his specific issues with the car were and how he overcame them, we can infer that Carlos, while keen for a win, didn’t let his mental state be contingent on it. He put the work in, and little by little he improved. Sainz didn’t say that Silverstone was his turning point, it was Canada. There is a different mindset at play here one that is focusing on confidence in the car.

When Daniel Ricciardo won at Imola, the general sentiment was that his troubles were over, but the win was an isolated incident. Before and after that race, Ricciardo’s form was the same – poor. Results played on Ricciardo’s mental state and that affected his performance. How are you supposed to improve your confidence in the car when there is constant doubt in the back of your mind? The team themselves have admitted some fault, but if their other driver, Lando Norris, can get results in the same car, it isn’t entirely their fault. We don’t know if McLaren were supportive or what kind of work environment is present there, assuming so would be complete conjecture, we only know that the team tried to improve things.

Sainz wasn’t looking for a quick fix. He explained that after Canada he “felt good, I pushed a lot behind Max, I had the feeling that I had taken a step forward. Then in Silverstone in the first start I lost ground, and when a second chance came I said to myself, ‘you can’t waste it!’… and the same feeling I had in France… they are steps that make you realise that you are on the right track, that increase your confidence.”

That’s the difference. Sainz took solace in the little improvements and worked towards becoming a better driver, even though he doesn’t like the F1-75:

“[It’s] not yet a single-seater that I like, I still have to think a lot while driving because I can’t have the natural approach I would like. But at least I know that if I put everything together I can aim high.”

Daniel Ricciardo, while a fantastic driver in machinery that suited him, is not as adaptable as Carlos Sainz. Ricciardo’s mental state has taken a toll, making things worse and worse until they’ve snowballed into a possibly career ending stint. Perhaps it was simply a bruised ego that took down Ricciardo, perhaps he simply lacks adaptability, all we do know is that one of these drivers is still on the grid and it hasn’t happened by accident.