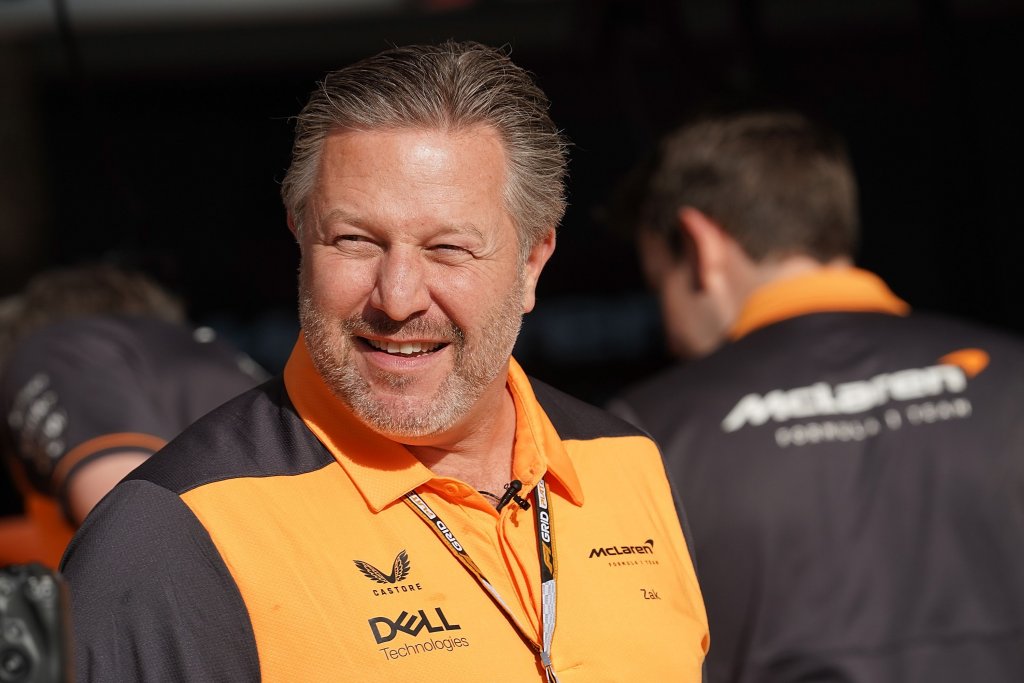 We might have expected this to come out of Toto Wolff’s mouth, but no, Zak Brown, CEO of McLaren Racing, believes any breach of the cost cap “constitutes cheating.” How do we know this? A leaked letter to the FIA, and no, this isn’t some TMZ “inside sources say” type of thing, the letter has been read and confirmed by the BBC.

Details of the cost cap controversy are numerous, but to make a long story short: Red Bull committed a minor breach (<5% of the cost cap), and Aston Martin have committed a procedural breach (they didn’t overspend, they basically did their paperwork wrong). There’s a lot more to it, but that’s the gist.

So what did Brown actually say?

The letter doesn’t mention either Red Bull or Aston Martin by name, but he does reference the offences made by those teams. It seems that Brown believes the cost cap and policing it is “critical” for the sport’s future. To avoid turning a simple fine into reasonable overhead for a team, Brown suggests a fine equal to double the amount of the breach and a reduction of permitted research and development the following year.

Brown writes: “The overspend breach, and possible the procedural breaches, constitute cheating by offering a significant advantage across technical, sporting, and financial regulations.

“The FIA has run an extremely thorough, collaborative and open process. We have even been given a one-year dress rehearsal (in 2020), with ample opportunity to seek any clarification if details were unclear. So, there is no reason for any team to now say they are surprised.

“The bottom line is any team who has overspent has gained an unfair advantage both in the current and following year’s car development.

“We don’t feel a financial penalty alone would be a suitable penalty for an overspend breach or a serious procedural breach. There clearly needs to be a sporting penalty in these instances, as determined by the FIA.

“We suggest that the overspend should be penalised by way of a reduction to the team’s cost cap in the year following the ruling, and the penalty should be equal to the overspend plus a further fine – ie an overspend of $2m in 2021, which is identified in 2022, would result in a $4m deduction in 2023 ($2m to offset the overspent plus $2m fine).

“For context, $2m is [a] 25-50% upgrade to [an] annual car-development budget and hence would have a significant positive and long-lasting benefit.

“In addition, we believe there should be minor overspend sporting penalties of a 20% reduction in CFD and wind tunnel time. These should be enforced in the following year, to mitigate against the unfair advantage the team has and will continue to benefit from.” “Finally, given the financials involved, a 5% threshold for a minor overspend breach seem far to large of a variance. We suggest a lower threshold, 2.5% is more appropriate.”

Transparency, Brown believes, is key. Details of the offence should be released as soon as possible, and penalties be handed promptly.

“It is paramount that the cost cap continues to be governed in a highly transparent manner, both in terms of the details of any violations and related penalties,” Brown writes.

“It will also be important to understand if, after the first full year of running and investigating the scheme, there needs to be further clarity on certain matters or any key learnings. Again, any insights or learnings should be shared across all teams – there can be no room for loopholes.”

This has been painted by teams not found in breach of the cost cap as a future-deciding decision for the sport and it might well be. The FIA are taking their time coming to a decision as to how to punish these teams, but if you were to ask the paddock, they want blood.

For more, here is everything you need to know about the cost cap controversy.