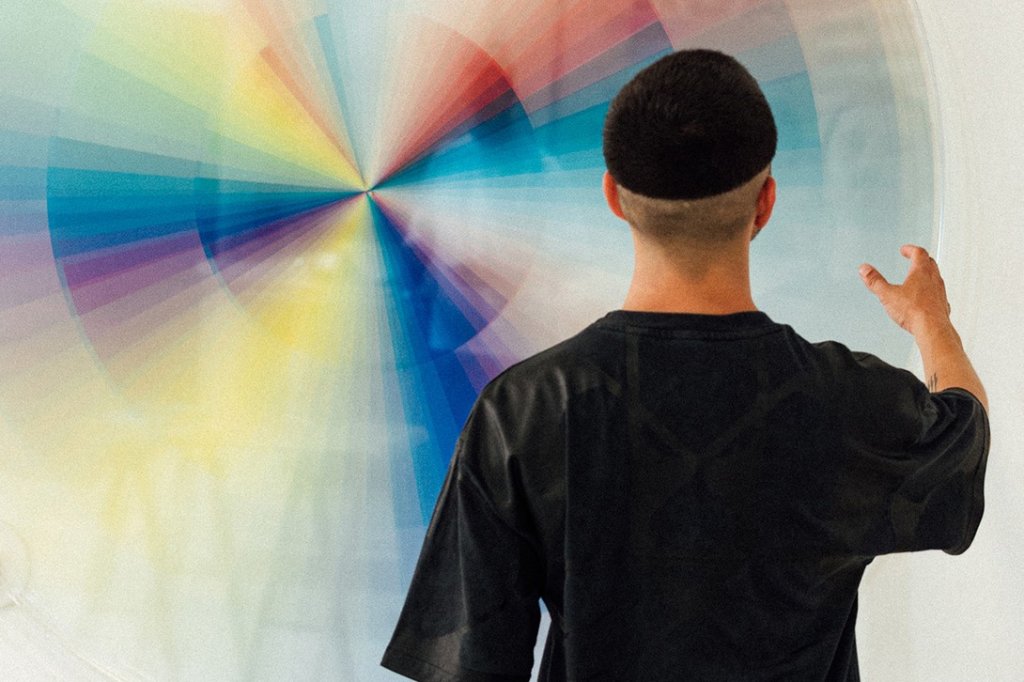 Artist, Felipe Pantone, has recently collaborated with Zenith again for a special edition DEFY Extreme with a very unique iridescent quality to it. It’s unique because it’s brand new and Pantone has described how he and the team at Zenith achieved the effect.

The goal was to base the watch on Pantone’s Planned Iridescence series. This was made with a material Pantone created that, “when you walk in front of it, the material is sort of iridescent and I can plan the way this iridescence happens, whether it be horizontally, vertically or radially.”

On the watch, Pantone wanted to do something similar “but on a sapphire piece that we engraved with lasers.” 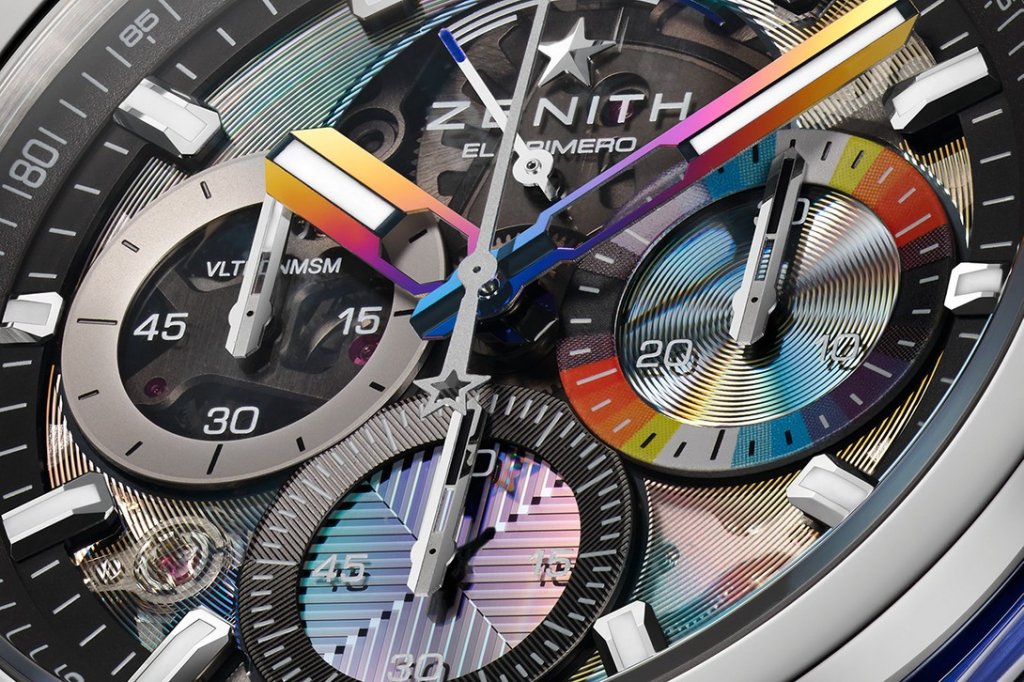 Pantone and Zenith had to develop a new process to bring the iridescent effect:

“… it’s something they [Zenith] investigated, the way they did it is a complete first. It’s basically really thin micro laser engraving on sapphire, we created a radial moire effect so the way the iridescence happens, it looks like a CD. It’s not usually something you’ll notice but when the right light happens it turns on this really unexpected effect.”

A lot of Pantone’s art is influenced by experimenting with materials and techniques which has led to this experiment: “Materials and techniques is something I do a lot of work on and in my studio I have engineers and it’s something that’s always very present. Applying all of this onto watches is a completely different story, I had to go several times to Le Locle, to the manufacture and we investigated together.”