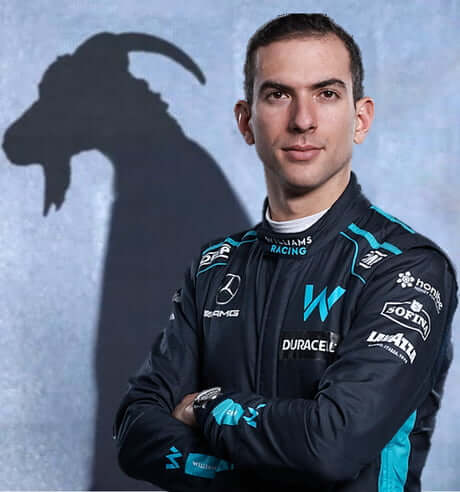 After a poor race in Monza, Williams driver, Nicholas Latifi, found himself P21 in a 20 person competition. This was inadvertently thanks to his teammate, Alex Albon, who couldn’t compete due to appendicitis. This meant that Williams borrowed Mercedes’ reserve driver, Nyck de Vries, who made a stunning F1 debut by finishing in the points, something Latifi has yet to achieve meaning he is P21 to de Vries P20. But Williams boss, Jost Capito, has defended Latifi believing that he hasn’t been the same since Abu Dhabi 2021.

During that controversial race, it was Latifi’s crash on lap 54 that sparked the dramatic changes seen in the title race that caused Lewis Hamilton to lose the title to Max Verstappen. The crash was unintentional but that didn’t stop some fans from sending Latifi death threats online. The online abuse got bad enough for Latifi to beef up his personal security and remove himself from social media.

Capito told the High Performance Podcast that he didn’t believe that pushing Latifi harder after the abuse would offer any better results, rather they would make things worse.

“We had to keep giving him the confidence,” Capito said. “We said that there was nothing wrong, everything was fine but it’s very difficult to up them because that was the end of the season, they all went on vacation, they said they have to take the time off.

“So he was not around here every single day and it’s also we didn’t interfere there too much as we knew what was happening, we knew was going on that he switched his social media off but if we would have interfered too much, I think we would have made the situation worse.

“That’s something everybody has to get over himself. He was fully aware that he had our backing, that we’re absolutely convinced he didn’t do anything wrong.”

When discussing the crash itself, Capito admits it shouldn’t have happened, “but if you’re racing, you know, crashes can happen. And when we never blame a driver for that, it’s possible to crash. Because otherwise you have to stay at home if you don’t want to crash.”

This support hasn’t been enough to improve Latifi’s performance which has deteriorated further this season. But Capito understands how such online vitriol can affect your driving.

“It was extremely hard, I think that’s hard for absolutely everybody and I think everybody who didn’t go through this has no idea how that feels,” he said.

“So even if you switch then your social media off, you are in contact with other people who still see it and it’s going on, and you just can’t get away.

“I think that was also a part why it took him quite a while in the season to find his competitiveness. I’m sure it affected his driving after that. And it would have affected my driving a lot, I am absolutely convinced about this. So I can understand that and this is why we gave him the confidence and supported him all the season and we knew he would come back.”

Unfortunately, Latifi hasn’t come back with a few fans arguing there was hardly any form to return to. This has led to rumours that Latifi will be replaced by the end of the season. Who will replace him? At this point, it’s anyone’s guess but after Nyck de Vries performance, many believe he is up for consideration.

For more, Daniel Ricciardo hints that he may “take a year off.”