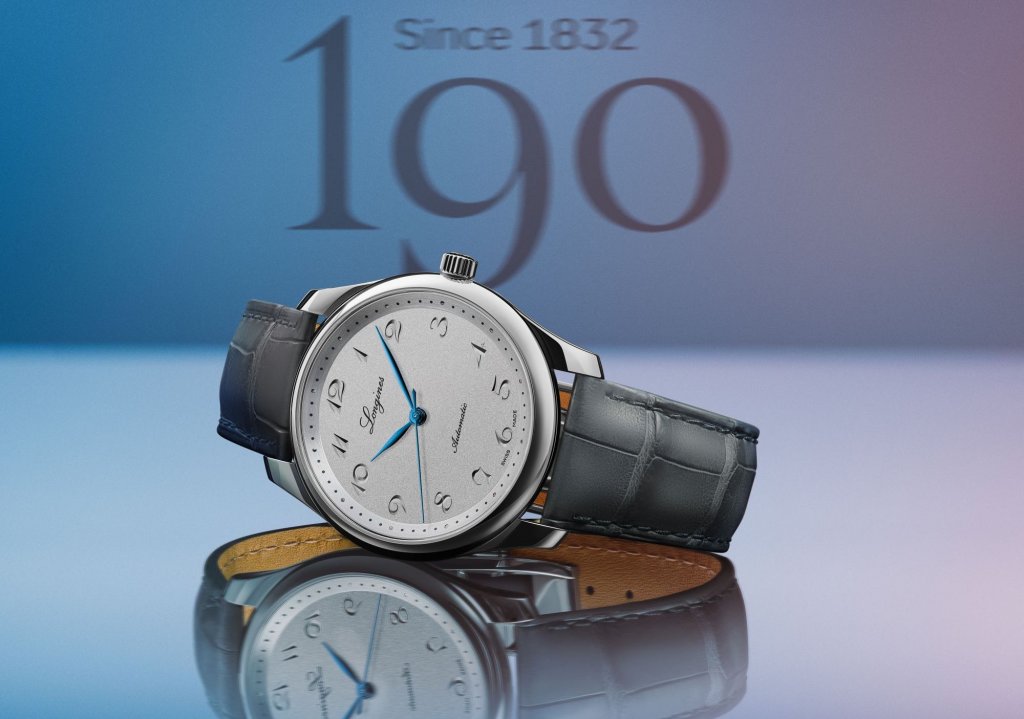 Now I think 190 years is a fairly big milestone. Sure, in the whole scheme of things, it’s not a long stretch of time, but for a company to survive that long and is still thriving, it’s cause for celebration. Hey we’ve seen companies celebrating for far lesser birthdays. Yet we’re more than 9 months into the 190th anniversary of Longines and there hasn’t been not a peep from them about this milestone event (perhaps when you get to a certain age you stop caring?). Or maybe they’re taking their time to prepare for the 200th?

No matter the reason, there is finally a release that is billed as an “anniversary” and here we have, the Longines Master Collection 190 Anniversary.

What is Longines though, you may ask? What is the quintessential Longines model? The one to pick were you to only choose one representative of the brand? As a watch nerd I would say there’s no such thing and you shouldn’t limit yourself to just one model per brand. But hypothetically, what would it be?

I mean sure this might sound a bit contrived but I would honestly choose the master collection. At least for a gents model or round watches. There is method to this choice mind you. If you have a quick browse through the history you’ll find this style of simple black Arabic numerals on white dial as far back as the pocket watch days in the early 1900s. Fast forward to 1927, when Longines collaborated with US Navy Officer Philip Van Horn Seems, developing Weems Second Setting watch, (with an innovative rotating central dial, enabling the use to synchronise the second-hand precisely to a radio time signal. It was a hit with navigators and pilots) the same style of Arabic numerals are used. This style of aesthetics came and went over the years, but made a permanent return in 2005 as the Master Collection, and has remained on range ever since.

For the ladies, my choice would actually be the rectangular Dolce Vita, as it’s elegant, dressy, but versatile enough for everyday wear and relatively distinct. The Dolce Vita was launched in 1997, and remained largely unchanged save for slight updates a la Porsche 911 because why change a good thing right? The range may have been launched in the late 90s but the style is a nod to the past; the 1920s in fact, when art deco was all the rage and featured on some models, funnily enough, the same Arabic numeral style as seen on the Master Collection.

So there you go. I ain’t yankin’ your chain by saying that this collection, to me, is quite possibly the most “Longines” you’ll get.

Now that we’re done with a brief history lesson, let’s get to the watches at hand. There are three models at launch, with the stainless steel a regular production model, whilst the two different gold models are limited to 190 pieces each. Of course.

All three models received different dial treatments, but the non-limited stainless steel version is actually the pick. The main feature is really the engraved hour markers, done in a deep and distinct way to mimic hand engraving. Truly impressive. This alone is worth the price of admission, and because it’s Longines, pricing is very reasonable at AUD$3450 for the steel. The two gold versions are obviously going to be a lot more, but they are limited and I think there are probably only about 380 people in the world who will give them a second glance.

Powered by the calibre L888.5, it is based on the ETA2892, with extended power reserve of 3 days, at a slightly eccentric beat rate of 25,200 VPH (first seen in the Omega Co-axial movement calibre 2500 – the beat rate, not the movement, although they’re both derived from the same base). The movement is nicely decorated but nothing special. However, at the steel price point, it’s adequate. At the gold price point? Not so much.

The overall look isn’t a direct retro of any of the past models, rather it’s inspired by the past of Longines, all packaged up in an elegant, wearable case of 40mm in diameter and a height of 9.35mm. The downside of the 30m water resistance means it’s good for getting splashed on in the rain or perhaps washing your hands.

For more, check out Louis Vuitton’s own 20 year celebration.