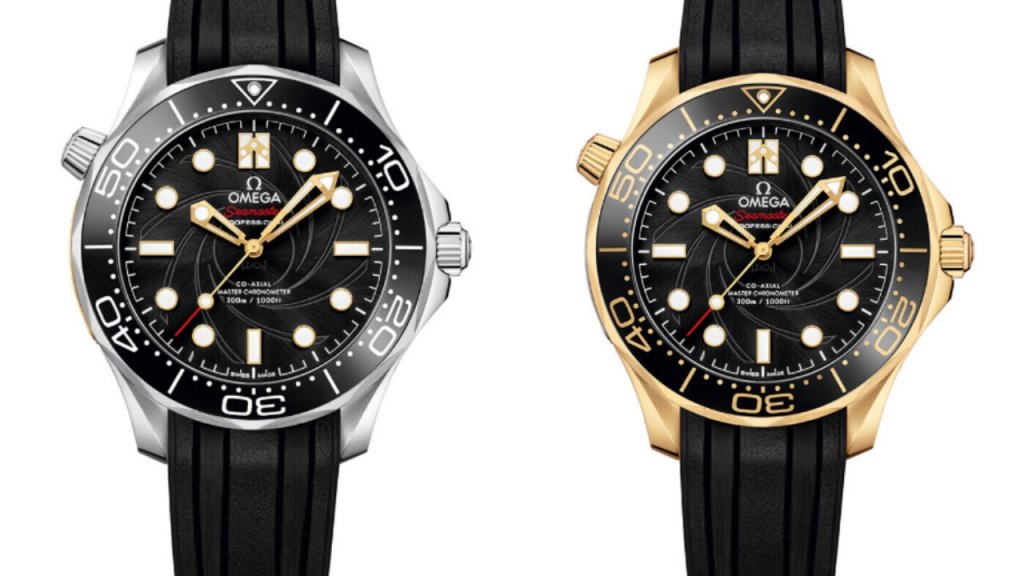 Christie’s are helping the James Bond franchise celebrate 60 years with a two-part charity sale. “Sixty Years of James Bond” is a team up between the auction house and EON Productions that will be hosted live on 28 September. There are 25 lots in this first sale which comprises of watches, costumes, cars, and props, with most come from the most recent film in the franchise, No Time To Die.

Six lots are designed to represent the six actors who have played Bond (so far) from Sean Connery to Daniel Craig. The proceeds of these lots will go to the actor’s (or their estate’s) choice of charity.

The lot we will be focused on is the pair of Omega Seamaster Divers that were created to celebrate the film On Her Majesty’s Secret Service’s (1969) 50th anniversary. Only 257 pieces were created and sold out almost immediately (no matter what, people love a James Bond watch). This set is numbered 229.

There are two watches in this collection; both are 42mm Seamaster Diver 300M, but one is in 18k yellow gold and the other in stainless steel.

Little easter eggs and hints to the franchise can be found all over these watches. The black ceramic dial has a black PVD colour treatment and a laser-engraved gun-barrel design whose centre is exactly 9mm. That’s a nice touch. You can also find the Bond family coat-of-arms at 12 o’clock as well as on the sapphire crystal case back in gold and black. Other additions are the 007 logo at 7 o’clock and a secret number 50 hidden in the luminescent material of the 10 o’clock index.

Inside you’ll find the in-house Co-Axial Master Chronometer Calibre 8807 with a power reserve of 55 hours.

Not only are the watches on sale, but so is the Globe-Trotter suitcase that houses them which features cute NATO strap inspired straps. Inside you’ll find an additional stainless-steel bracelet as well as an additional NATO strap for each watch. Both watches are presented with a black rubber strap. So you can dress up your watch for any occasion.

All the proceeds from this sale will go to the Juvenile Diabetes Research Foundation. Christie’s will also donate the entire buyer’s premium to the charity as well.

While these are interesting collector’s items, that is the only way to see them. You would have to be a big James Bond fan to wear these, and while they keep the traditional shape of the Seamaster, the spiral dial is very cheesy, however, so is James Bond so perhaps this in keeping with the theme. The case it is in is pure collector gold and it is presented very well, a must have for display purposes.