A Short History Of The Singapore Grand Prix 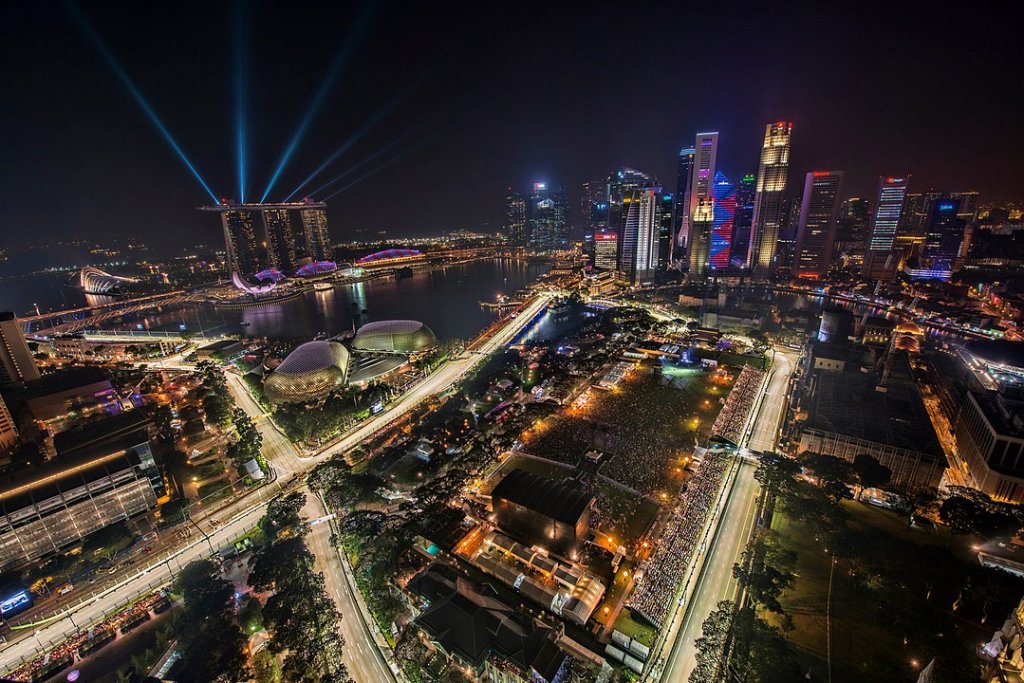 The Singapore Grand Prix was the first night race in Formula 1 history but that isn’t quite how it started. It took 49 years for the race to reappear in 2008 from its initial cancellation in 1973. Since it’s rebirth, the Grand Prix has been no stranger to controversy and has influenced the sport in ways you might not have expected. It’s an interesting race that has featured at least one safety car every time it is held with a total of 21 safety car deployments in 12 races as of 2019. Surely a track with that kind of statistic is interesting, right? 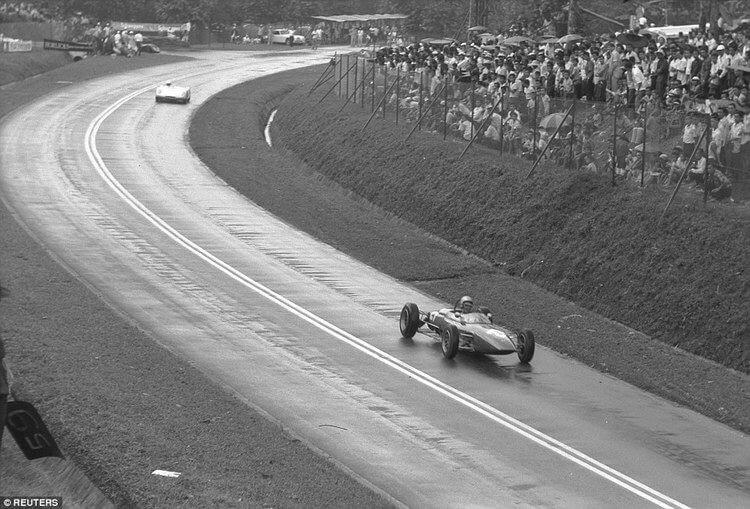 The first Singapore Grand Prix wasn’t actually called that as Singapore wasn’t an independent country yet. In 1962, the Malaysian Ministry of Culture organised the first Malaysia (or Oriental, depending on your source) Grand Prix and was one of the country’s major sporting attractions and events. However, once Singapore gained independence in 1965, it was renamed the Singapore Grand Prix when it was next held in 1966.

The Grand Prix was discontinued in 1973 for a few reasons. The first was an increase in traffic in the city and the hassle it caused to close off several roads for the race. There was a plan to relocate the circuit, but that didn’t work out. Singaporean Minister of Social Affairs, Encik Othman Wok, said at the time, “I’ll be the happiest man when we get a permanent circuit.” It’s a shame that this didn’t materialise sooner as tragedy was a constant feature of the Singapore GP.

The largest reason for its cancellation was the very dangerous nature of the track. Many even considered it unsuitable for racing. In 1972, 28-year-old Singaporean driver, Lionel Chan, saw his car roll into a ditch on the fourth lap when he lost a wheel and hit another car. He was taken to hospital but fell into a coma and died shortly after.

1973 sealed the race’s future. During the race, Vern Schuppan was leading Malcolm Ramsay when Schuppan’s car kicked up a few rocks that punctured Ramsay’s fuel tank, covering him in fuel. A mechanic at the time, Angus Lamont, told the March 2006 print issue of Motor Sport that, “Malcolm soldiered on until the pain of the petrol burning his balls forced him to retire.”

That became a humorous affair as no one was badly hurt, but during a support race for touring cars, Joe Huber went off the track and crashed into a lamppost. He died six days later. It wasn’t funny anymore, the track was legitimately dangerous. As a result of this tragic accident, racing was banned in Singapore in 1973 with concerns that it promoted dangerous driving. 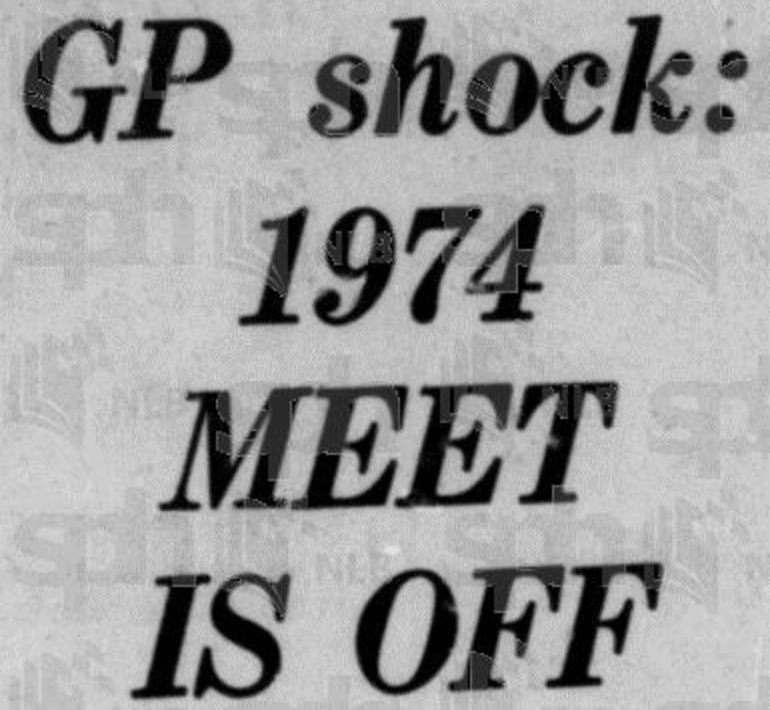 Even experienced racers, like Graeme Lawrence, said that the track was one of the most dangerous in the world. It was narrow at just 7.3 m (24ft) and offered little run-off area. Oil trails remained on the track left by buses and trucks. There were also monsoon drains, bus stops, and lampposts that needed to be avoided while racing. It was a nightmare.

In the April 1973 issue of Autosport, journalist, Richard Feast, wrote:

“The circuit over which the Grand Prix is run would send shivers down the collective spines of the CSI safety committee. To obtain the circuit the public roads are simply closed off. If there are any safety devices I didn’t see any.”

It wasn’t until 2008 that we would see Singapore on the F1 calendar again.

In 2008, a five-year deal was signed by Singapore GP Pte Ltd, the Singapore Tourism Board and Bernie Ecclestone. It was the first night race in Formula 1 and the inaugural race was arguably one of the most talked about races for a long time thanks to Fernando Alonso and Felipe Massa.

The weekend began like any other, Felipe Massa was sitting on pole for Ferrari, Lewis Hamilton was sitting beside him in the McLaren. But it wasn’t Massa who won the race, no, he finished P13. The winner was Fernando Alonso who started way back in P15.

Did Alonso fight his way up the grid to snatch the victory? No, at that’s where the controversy lies – the manner in which Alonso won the race. The Spaniard was racing for Renault in which it was revealed that the team ordered Alonso’s teammate, Nelson Piquet Jr., to crash at just the right time for the safety car to come out and give Alonso a cheap pitstop.

If that wasn’t bad enough, Felipe Massa’s pitstop was a disaster. F1 was still refuelling cars at the time and this ended up costing the race leader. Massa was released from the pits early while his fuel hose was still attached. He spilled fuel all along the pit lane and had stop while mechanics removed the remains of the hose before continuing his race.

While you would expect the cheating incident to be a defining moment in F1 (and it is), it was actually Massa’s fuel hose fiasco that changed the sport. Refuelling was a common practice before 2008. It allowed the teams to achieve faster times by avoiding filling the car with a full tank of fuel making the cars lighter. After this incident, it became a rule that all cars had to be completely fuelled for the entire race.

The Singapore Grand Prix is considered one of the most physically demanding tracks on the calendar. While the heat and humidity are obviously making things tougher, the track itself doesn’t help. There are no long straights, no parts of the track in which drivers can relax a little. The walls are a pervasive threat, forcing the drivers to find the limit or else. Both the tyres and the brakes reflect the driver’s own physicality after the race – they’re destroyed.

As a result of these conditions, the race is almost always a two- or three-stop race where it is most often won from pole position. The undercut is how you get ahead in Singapore and with an almost guaranteed chance of a safety car, strategy (and even a little luck) is the key to winning. You can overtake at Singapore, 2016 proved that, but it isn’t about speed, it’s about out-braking your opponent. Like a million-dollar game of chicken.

The most successful constructors at Singapore are Mercedes and Ferrari with four wins each, with Red Bull just behind on three. Technically, Ferrari have only won three races at the current track, as they had won way back in 1970 with Graeme Lawrence, but it was still called the Singapore GP, so it counts.

The fans love Singapore, and they will be getting a lot more of it as a contract extension was announced in 2022 that will see the Grand Prix on the calendar until at least 2028.

For more, check out why General Admission at the Australian Grand Prix just doesn’t cut it.