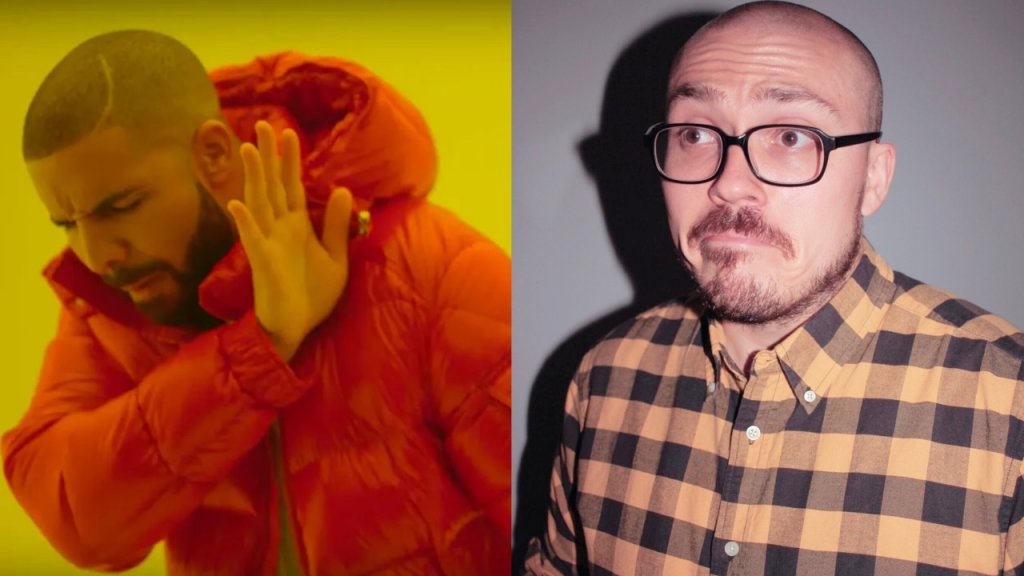 The self-proclaimed “internet’s biggest music nerd,” declared Drake’s album as “not good,” out of 10, prior to releasing an elaborate parody video about fabricated direct messages between the pair, in which Drake shared a recipe for vegan cookies with Fantano.

On Thursday, the direct messaging became a reality after Drake leaked his DMs to Anthony Fantano on his Instagram stories. There was no mention of vegan cookies, however, the rapper made his unhappiness with Fantano known, with a series of messages mocking his system of reviewing and critiquing music.

In these messages, Drake wrote, “Your existence is a light 1. And the 1 is cause you are alive. And cause you somehow wifed a Black girl. I’m feeling a light to decent 1 on your existence.” Though Fantano did not respond to his messages directly, he was quick to take to the internet with more criticism of the star. In a series of explosive messages on Instagram livestream and Twitter, he stated that “What happened is for reasons unknown to me, Drake was in his feelings, as he does tend to be.” He further went on to tweet “That bitch shared the salty ass DM to over 100 million people,” claiming that the rapper was “obsessed,” with him and “pathetic,” for “leaking [his] own DMs on the internet.”

He  went on to allege that Drake hires ghostwriters for songwriting, stating that the rapper could only come up with a “good insult,” if he “paid somebody else to come in and do it.” Fantano did not move on following this, and took a dig at Drake’s friendship with teenage star Millie Bobby Brown, saying, “Why is Drake messaging me? I’m not 18 years of age. That’s kinda weird.”

Fantano then discussed his decision not to respond to Drake’s messages, proclaiming that he “gets the W today,” and saying, “I’m gonna leave Drake on read just like all the other thirsty bitches in my DMs…I’m just one more in a long line [who] left that man on read.”

Following further insults and criticism, Fantano finished off by claiming he has “No hard feelings against Drake,” and, “[He] for the most part is an artist who has made some great tracks…he’s got a lot of tracks and records that I don’t care for and that I don’t like. It’s a range.”

Drake is yet to respond to Fantano following the criticism, though he may wait another three months to reignite the feud.