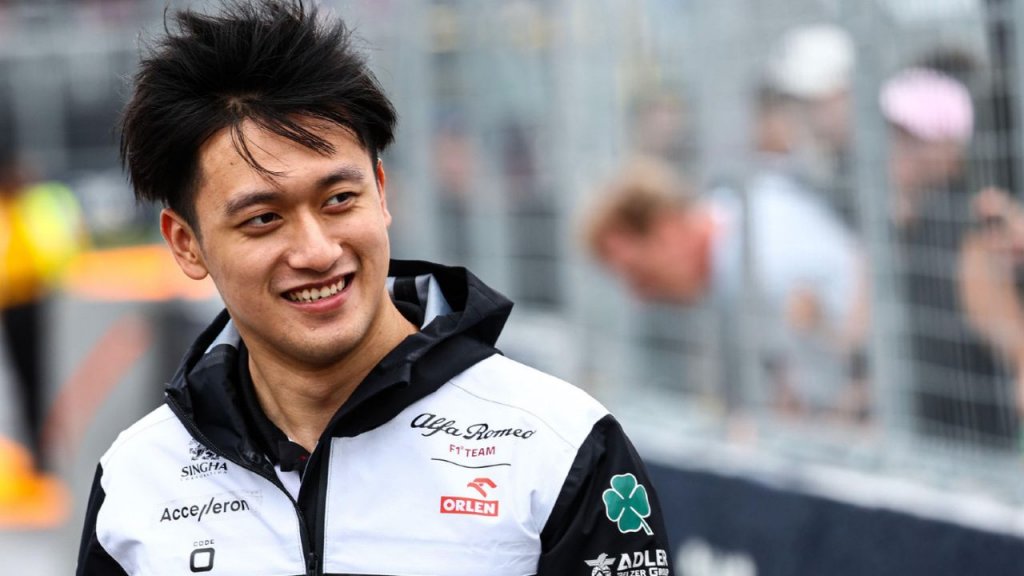 Zhou Guanyu has had a solid start to his F1 career. While we have no other rookies to compare him to this year, if we look at Yuki Tsunoda and Mick Schumacher last year, we can observe that if there’s one thing Zhou can deliver, it’s consistency… when the car works.

The Chinese driver may only have five points this season and compared to his experienced teammate, Valtteri Bottas’, 46 points, it doesn’t look good. On paper that is. Zhou’s season (and Alfa Romeo’s season) has been marred by reliability issues and unfortunate circumstances.

Alfa Romeo team boss, Frederic Vasseur, has said that he has been pleased with Zhou’s progress this season.

At a press conference during the Dutch Grand Prix, Vasseur said:

“I think for a rookie… it’s not just a matter of pace, you have a lot of things to learn in F1 and a lot of different pressures than F2 and F3 before and they have to discover this world. And Zhou did it perfectly that he has also a very good collaboration with the team, with everybody. He is very committed and he’s doing a good job but the time for the decision will be soon.”

How soon is soon? Vasseur said that “we will take a decision by the end of September and we have to stay calm on this.”

Alfa Romeo’s recent performance has been lacklustre compared to where the team was at the start of the season. When asked if the team has slipped back or if they’ve just been unlucky, Vasseur replied: “Unlucky, I don’t know. We had DNFs but the DNF has nothing to do with luck or bad luck and sometimes it’s a technical issue, sometimes it was an engine issue, sometimes it was Latifi, but it is like it is. It’s nothing to do with bad luck.

“Now in terms of pace, I think we did probably step down compared to the beginning of the season but we knew perfectly that we don’t have the same budget as the top team and we won’t be able to develop the car as they are doing. But we are still in the good group to score points.”

When asked if the Audi partnership will affect the team’s decision on its drivers, Vasseur said that “the decision is 100% in the hands of my shareholders and myself and I would want also to give time to Zhou to do more races and before to take any decision but it’s… the plan was like this one year ago and we’ll stick to the plan.”

What do you think? Will Zhou Guanyu have a seat in F1 next year?

For more F1 news, leaked footage shows Daniel Ricciardo saying he would “take a year off.”