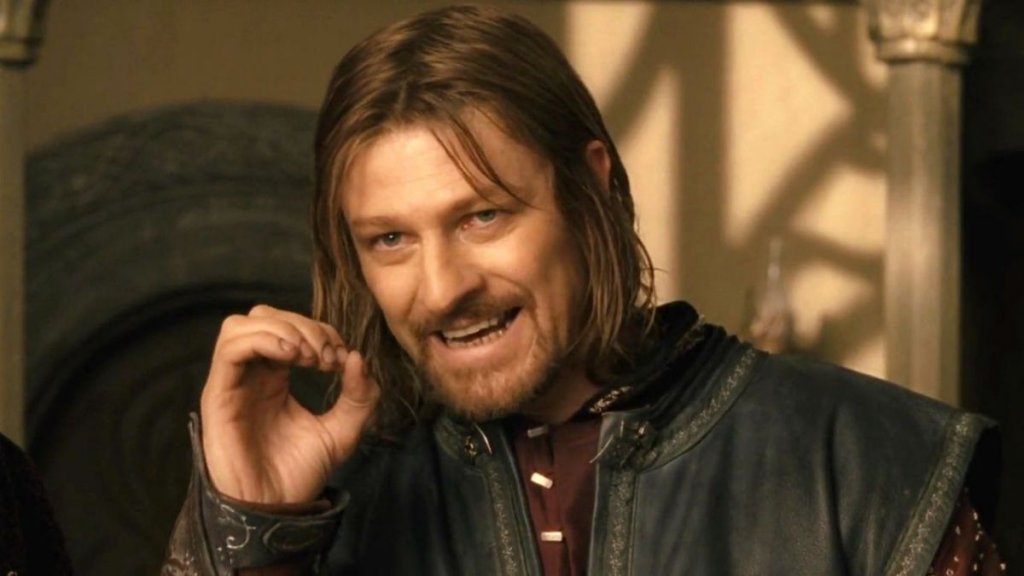 It may have been a no brainer for many Lord of the Rings fans, but Sean Bean recently told The Guardian that of all his onscreen deaths (of which there are at least 24), Boromir’s was his favourite.

“Boromir’s [in The Lord of the Rings] was probably the best death I’ve ever done. It was just so heroic and tragic,” said Bean.

He is aware of his onscreen propensity for death and joked that he “used to read from the end to see if I was still in them. I’d go: ‘Oh no, I only last until page 34.’”

He explained that “When you’re just starting out, you’re much more dispensable. Now they might keep me alive and get their money’s worth (laughs).”

When he was up for the role of Ned Stark in HBO’s Game of Thrones, he was aware that his onscreen fate would be repeated once again: “When I first met the Game of Thrones writers, they told me: ‘You die but you’re in it for nearly the full season.’ But he was a great character and it was a good death, so I didn’t mind.”

Other men might have been bothered by this, but Bean told the outlet that he’s “not too bothered. If it’s a good part, it’s worth dying for.”

The actor has made headlines recently for “controversial” comments regarding intimacy coordinators on set. Bean told The Times that their presence on set “would inhibit me more because it’s drawing attention to things… I think the natural way lovers behave would be ruined by someone bringing it right down to a technical exercise.”

This caused backlash on social media with Rachel Zegler stating “Spontaneity in intimate scenes can be unsafe. Wake up.”

intimacy coordinators establish an environment of safety for actors. i was extremely grateful for the one we had on WSS— they showed grace to a newcomer like myself + educated those around me who’ve had years of experience.

spontaneity in intimate scenes can be unsafe. wake up. https://t.co/bpxT2DVU1R

However, Bean admitted in the same interview that he “suppose[s] it depends on the actress.”