As unnecessary as watches are today, this is one that either you, or your significant other will want to have it on the wrist. It features a brand new movement from the watchmakers of watchmakers at Jaeger-LeCoultre and if you’ve never seen poetry in motion, this is it.

As part of the Watches and Wonders 2022 release this watch may have escaped your attention, as from a distance, the shooting star aspect of the Rendez-Vous range doesn’t really stand out. I mean, your attention is obviously captured by the stunning three-dimensional dial with the clouds and crescent moon in the night sky. The name doesn’t help either because you’d just assume it’s referring to the many stars you see on the dial, rather than the few that shoot… but take a closer look.

What is really impressive is that Jaeger-LeCoultre has managed to turn a complication that is usually associated with sound, into something visual, and at the same time, through precise calculations, bring to life a sense of randomness in a world of structure and precision.

Understanding how it works is a bit like knowing how a magic trick is performed. Yes, it might be cool to know, but it kind of removes the magic and wonderment. This is basically my spoiler alert. You’ve been warned. If you don’t want to know, skip ahead two paragraphs, otherwise, read on. 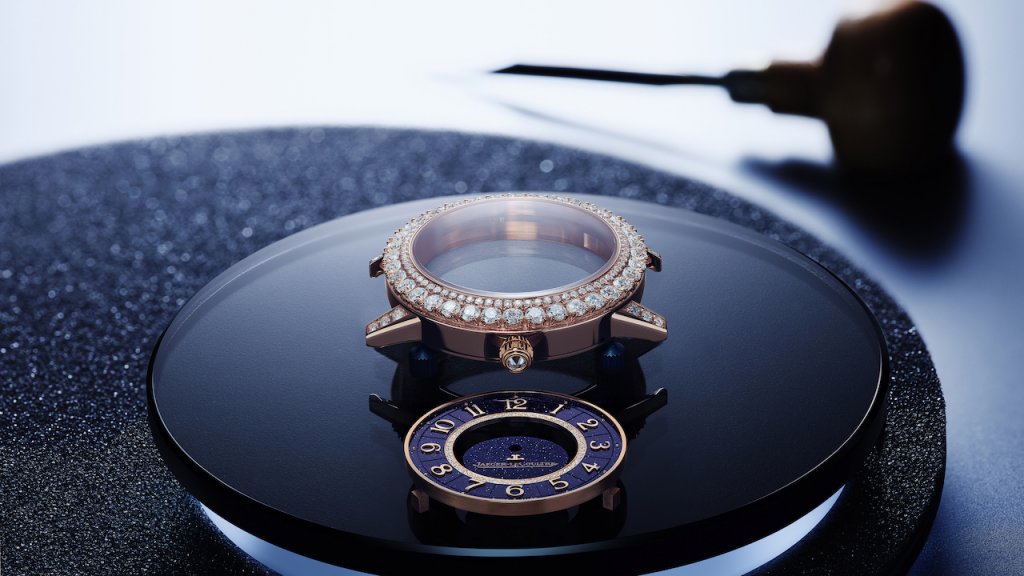 There is a quote on the Jaeger-LeCoultre website which is a bit tongue-in-cheek – it says that the word “random” does not exist in the world of watchmaking where everything is expressed through precise mathematical rhythms. This is a subtle nod to the appearance of the shooting star on the watch that isn’t there by chance. Basically there is another spring which is wound up through the movement of your wrist (or by winding the crown) in the same way as you would power up the main spring to make the watch go. Once the spring is fully wound, it releases the energy and sends the disc with the shooting star on its way.

Now, without some sort of regulation, the disc would spin quite quickly and you’d probably miss the shooting star altogether, so the speed is “limited” by a governor, the very same type used in minute repeaters, so that the disc rotates  evenly at a slower rate; approximately 10 seconds for one revolution, and thus enough time for you to make a wish. I am seriously impressed at that nice part usage (to borrow a term from the Lego world).

So here is where the randomness comes in. Depending on how much you move your wrist, that would dictate how quickly the spring is wound up, and how often the shooting star travels across the night sky. How absolutely clever is that? This is definitely a watch you’d want to see in person and really, just to wear everyday and see how often you’d be able to catch the star.

This complication is animated in two different styles of watches. Depending on whether you prefer something that’s stately with jewellery or something that’s a bit more playful and romantic. But they all come with the aventurine dial which perfectly represents the night sky.

Whimsical and seemingly unpredictable, this highly innovative application of a very technical complication is presented in such a romantic and poetic motion that you couldn’t help but smile when you catch the shooting star zoom across the evening sky (on your watch) and wish upon a star.