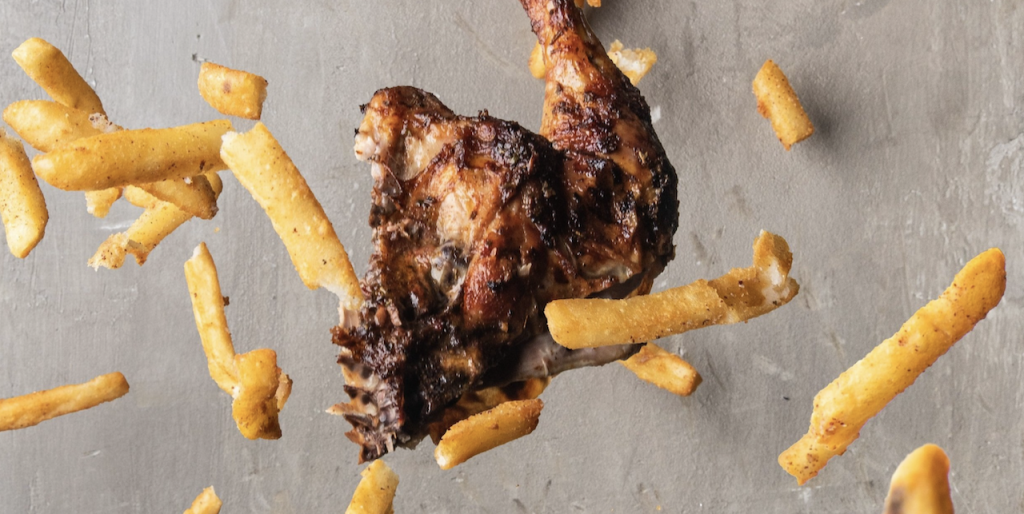 Henrietta’s is an absolutely delightful little restaurant that somehow manages to keep the takeaway chicken shop vibes whilst also offering a substantial and respectable restaurant experience. 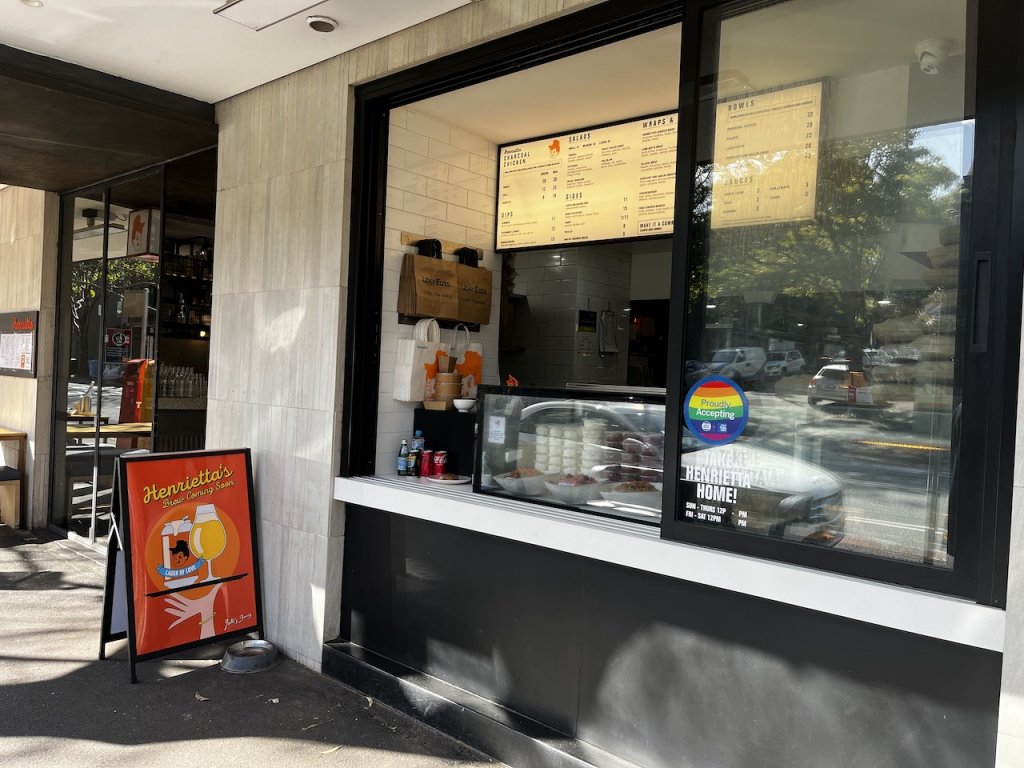 Found in Surry Hills, Sydney this restaurant manages to attract people from all walks of life. I saw businesspeople on their lunch breaks in suits and university students stopping by for a bite. When Alex and I had walked win, we noticed a takeaway window that confused us at first, but once you walk inside you understand that Henrietta’s is the best of both worlds.

We wanted to try a wide spread of the menu and grabbed the Banquet set. First up was falafel and tahini, and some hummus and Lebanese bread. Alex wasn’t a fan of tahini, but this had changed his perspective. It was so smooth compared to the usually sharp flavour of tahini. If you aren’t a tahini lover, this may change your opinion. The falafel it came with was pretty good too. What can be said about hummus that hasn’t already been said, you can’t go wrong but if a flaw could be observed it was that it lacked a little extra kick. But it certainly wasn’t a dealbreaker. 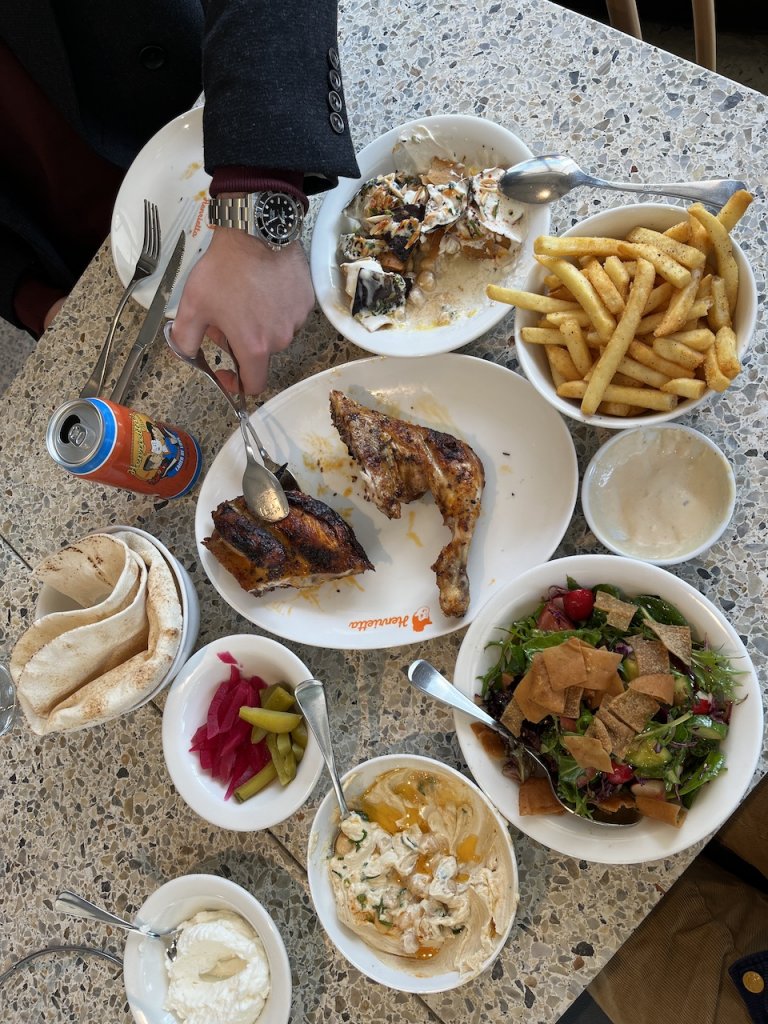 While we ate our falafel, we paired it with Henrietta’s Brew “Lager of Love.” I absolutely loved this beer. It was smooth and fruity and is one of those beers that seem to disappear faster than you realise. It’s just so easy to drink.

Shortly afterwards came the biggest surprise, the eggplant fatteh. I hate eggplant, but I certainly didn’t hate this. In fact, I think it was my favourite item of the day. The way the yoghurt and spices change the flavour of the eggplant to remarkable effect.

It was at this point that I have to mention a problem. Many people who had come in after us had ordered their food, received it, and left before us. It would be easy to say that service was slow, but for others it seemed very quick. It’s possible the staff kept their distance while we taking photos and such, but it was puzzling to say the least.

However, when the staff were there, they were incredibly friendly and taught us how to eat the chicken the proper middle eastern way. You put some chicken in a little bit size piece of Lebanese bread, load it up with garlic toum, a pickle, and your good to go. It must be said that while I’m not a huge fan of pickles, it was absolutely delicious and there is a reason why this is the “proper way” to eat it.

Speaking of the chicken, it was… rotisserie chicken. It is good chicken, but it isn’t amazing. What is amazing is everything you pair with it. like the aforementioned garlic toum and pickle. It’s a good base that Henrietta’s manages to build on which is where they shine. The Fattoush salad was surprisingly delicious and that’s saying something because I was prepared to treat it like I would the salad accompanying a pub schnitzel – something I plan on eating but won’t while I demolish the chips. It wasn’t that and I think that is in large part to the pomegranate molasses that really added something extra.

Speaking of the chips, I have to say that the addition of sumac chicken salt was great. If they got the chips wrong then there is something seriously wrong, thankfully, they’re delicious.

I would highly recommend Henrietta’s and I will be visiting again. The venue is nice and casual, the prices are reasonable, and the food is great. Check it out.