Sebastian Vettel: From Villain to Hero 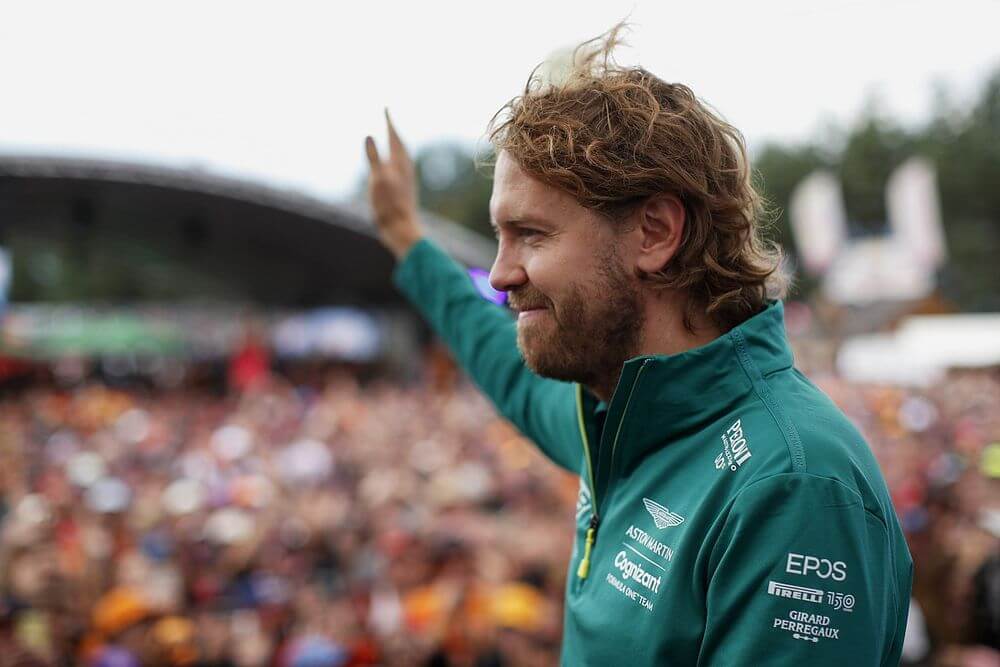 Formula 1 always has heroes and villains, even if they aren’t accurate descriptors of the drivers they’re attributed to. For a while, the villain in F1 was undoubtedly Sebastian Vettel. The four-time World Champion was no stranger to controversy and fan vitriol, but in recent years he has been reformed into a “hero.” For those new to the sport, here’s an explanation.

Sebastian Vettel’s villain status was given to him for a few reasons, some more understandable than others. One aspect that we cannot forget is that any driver who dominated like Vettel did would eventually become the villain – just look at Lewis Hamilton today and how many people resent him for his domination with Mercedes.

The German driver won the championship from 2010 until 2013. During that time, even the FIA was accused of trying to hamper his dominance in 2011. These rumours surrounded the enforced ban by the FIA on engine mappings. Despite the ban, Vettel still took pole and the fastest qualifying lap in Valencia Street Circuit’s history. 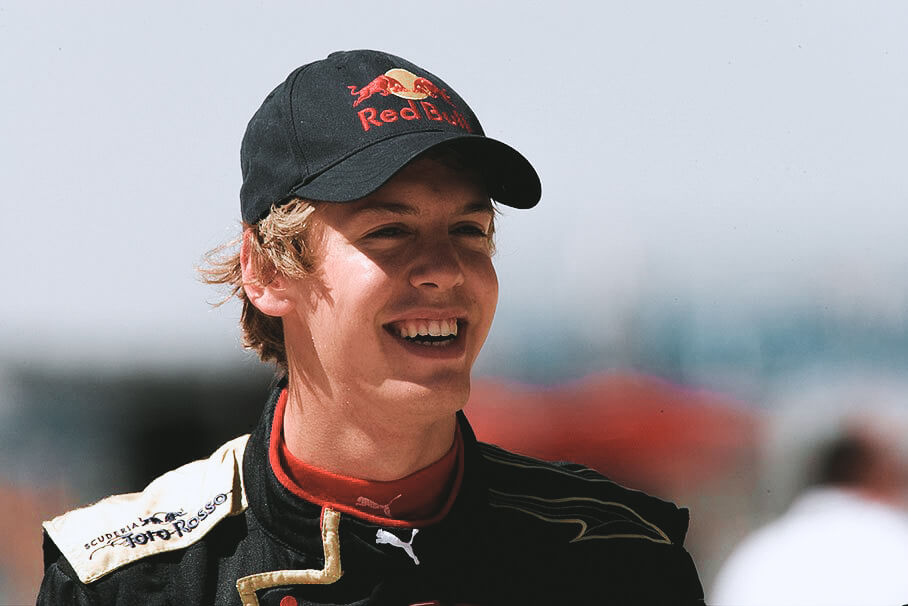 He wasn’t always the villain. When he had first started in F1 he was met with a lot of hype. The German media was calling him “Baby Schumi,” not just because of their shared German nationality but their driving style and his hands-on role he played with his engineers. You can understand why because he is still the only driver to take a Toro Rosso (AlphaTauri now) to their first (and only) win. He was breaking so many records in his early years by becoming the youngest ever pole sitter at the Italian GP in 2008 and becoming the youngest championship winner in 2010.

Red Bull owner, Dietrich Mateschitz, saw nothing but promise in him, “Vettel is one of the young guys with extraordinary potential… He is fast, he is intelligent, and he is very interested in the technical side.”

This period wasn’t without its dramas though, with a crash involving Vettel and Mark Webber. During the 2007 Japanese GP, Vettel crashed into Webber during the safety car. Webber said of his soon-to-be teammate, “Its kids isn’t it. Kids with not enough experience – you do a good job and then they f**k it all up.”

But despite this, success would continue to follow Vettel as 2011 saw him become the youngest driver ever earn a double back-to-back championship and everyone (for the most part) was happy with this. It wasn’t until 2012 that people seemed to start turning on Vettel.

The Creation of a Villain 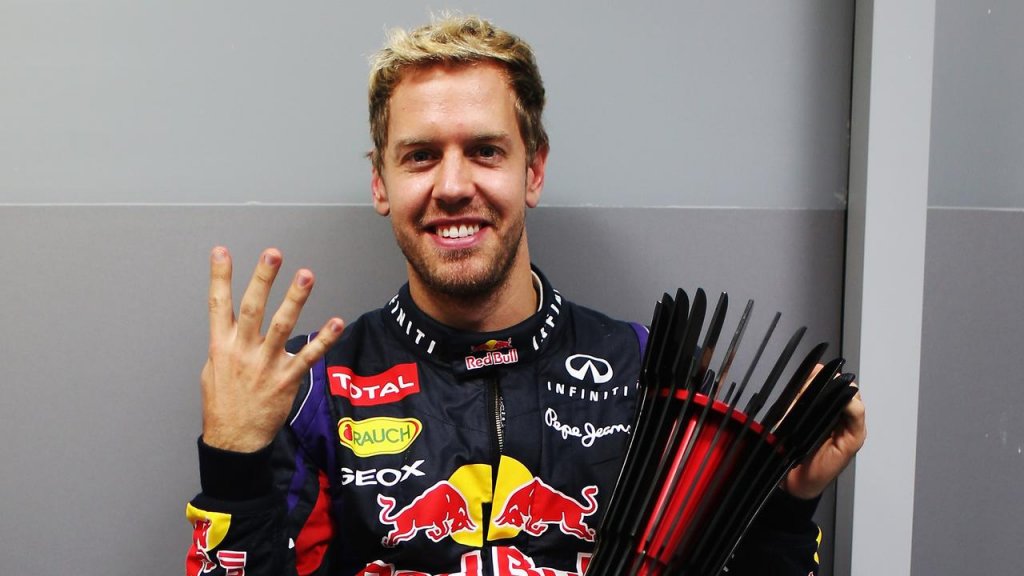 At the 2012 Malaysian GP, Vettel crashed with Narain Karthikeyan. Name calling and a blame game ensued. Vettel called him an “idiot” and a “cucumber” (whatever that means). He made it clear that “sometimes you let the emotion show and I don’t think someone should be ashamed about that… I behaved like I felt. I think this is more honest than to be smiling when you don’t feel like smiling.” In response, Karthikeyan called Vettel “unprofessional and a “cry baby.”

This event allowed people who were frustrated with Red Bull and Sebastian Vettel’s dominance in the last few seasons to vent their frustrations. Sebastian Vettel wasn’t the new kid on the block anymore, he was a multi-championship winner and people were tiring of it.

That event in Malaysia would be eclipsed by what happened the following year at the same track. Now known as the ‘Multi 21’ event, Vettel had a very controversial win, but he ignored team orders to do it. Mark Webber, Vettel’s teammate at Red Bull, was in the lead and Vettel was closing behind him. Team orders were to maintain position, but they were ignored by Vettel who overtook Webber anyway. He had won the race and he wasn’t sorry. Webber made a statement that many thought very revealing, Vettel “will have protection as usual and that’s the way it goes.”

Many was questioning why Vettel didn’t think the rules applied to him, especially if the win was at stake.

Now, in 2013, people started to boo Vettel on the podium. Vettel said that this had deeply affected him,

“It’s very difficult for me personally, to receive boos, even though you haven’t done anything wrong. At the time it hurts not to get the reception you expect but I think I’m clever enough to understand why they do it. I’m not blaming them.”

He understood that he “wouldn’t like it if the same kind of guys, same team wins again and again.”

“This booing, you can see how it’s happened. First of all, it’s that jealousy of success people have. It’s perhaps been wound up a little bit by one or two other drivers, let’s say, and yes perhaps annoying habits, gesticulations, and perhaps a little bit of the Malaysia thing.”

Vettel’s attitude on track was petulant and arrogant (look no further than the finger in the air that annoyed so many). It didn’t help that there were many other incidents after Multi 21 that we don’t have time to get into here.

Things hadn’t been going well for Vettel since he moved to Ferrari in 2015 and another shot at the title seemed far-off. But here his attitude annoyed not only the fans, but other drivers.

In 2017, Vettel had purposefully hit the Mercedes of Lewis Hamilton just before a safety car restart because the German believed Hamilton brake tested him – he hadn’t but the FIA after an investigation gave no further punishment to Vettel after the 10 second stop-and-go penalty.

Lewis Hamilton called the decision “a disgrace.” He elaborated, “For him to pretty much get away with driving into another driver is a disgrace. I think he disgraced himself today.”

He didn’t stop there and suggested that he and Vettel settle the matter off-the-track. “If he wants to prove he is man,” said Hamilton, “we should do it out of the car, face-to-face.”

The wins were beginning to dry up and with that, Vettel had nothing left except his talent and attitude – which he was resented for. 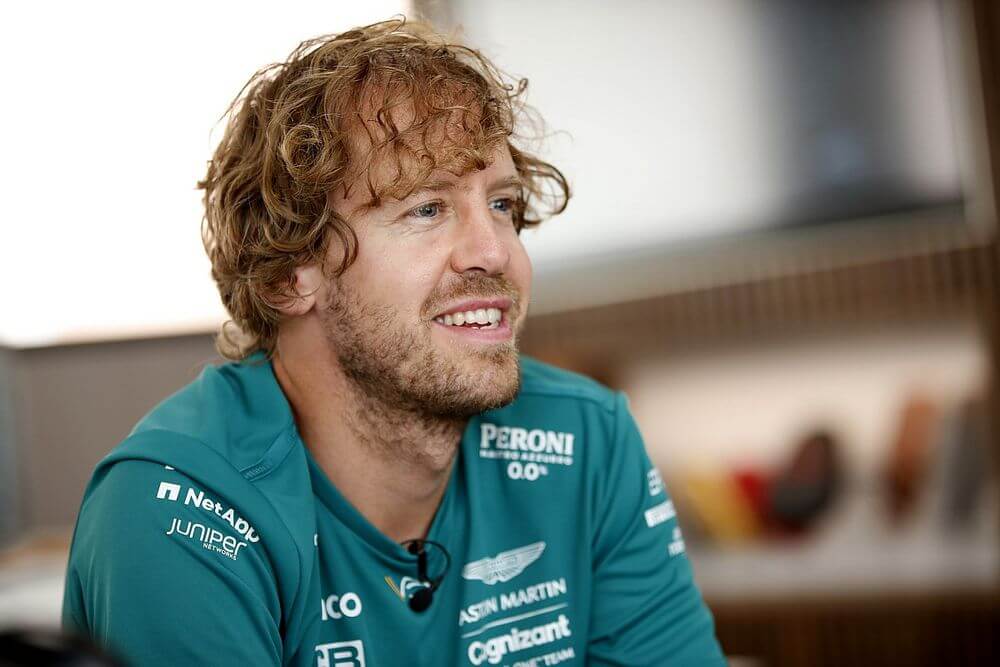 There were many other times Vettel caused controversy, like the time he went too far on team radio and berated race director Charlie Whiting. But once he had left Ferrari, something changed in Sebastian Vettel.

Maybe it was age, maybe it was the fact that he wasn’t winning anymore, but whatever the case, Vettel was a different man. Or he was always this man, but not on the track?

He became an activist demonstrating a large interest in the environment and social justice. At the 2021 British GP, the controversy that shrouded that race didn’t involve Vettel at all, instead he made headlines by being caught picking up litter from the stands. He didn’t do this to promote himself – he didn’t even have social media at the time – but photographers spotted him. He committed further by working with children in Austria to build a hotel for bees.

He even criticised how F1 was scheduled, stating that races should be held geographically close to each other on consecutive weekends in order to reduce the emissions from travelling.

Also that year, he held an all-women karting event during the Saudi Arabian GP in protest to the gender equality laws (or lack thereof) in Saudi Arabia. He did something similar in Hungary where he wore a pride flag in protest of the government’s stance on LGBT+ rights.

When the Russian invasion of Ukraine occurred in 2022, Vettel threatened to boycott the race if F1 didn’t cancel the race which they eventually did.

Even when he was called a hypocrite by Alberta Premier, Jason Kenney, when Vettel protested the Canadian mining of Alberta oil sands, he took it on the chin. He agreed that Aston Martin is sponsored by the petroleum company Saudi Aramco, but that sinking to personal attacks risked missing the “bigger picture.”

Off the track, Sebastian Vettel was not the same as he was on the track. It also helped that he had an adorable father-son-style relationship with Mick Schumacher that certainly won a few hearts over.

The reason Vettel is the hero is because nobody is talking about him on the track, it’s everything he does off the track that has won people over. Whatever the case, now that Vettel is retired, we can say that he will overall leave a positive impact on the sport.