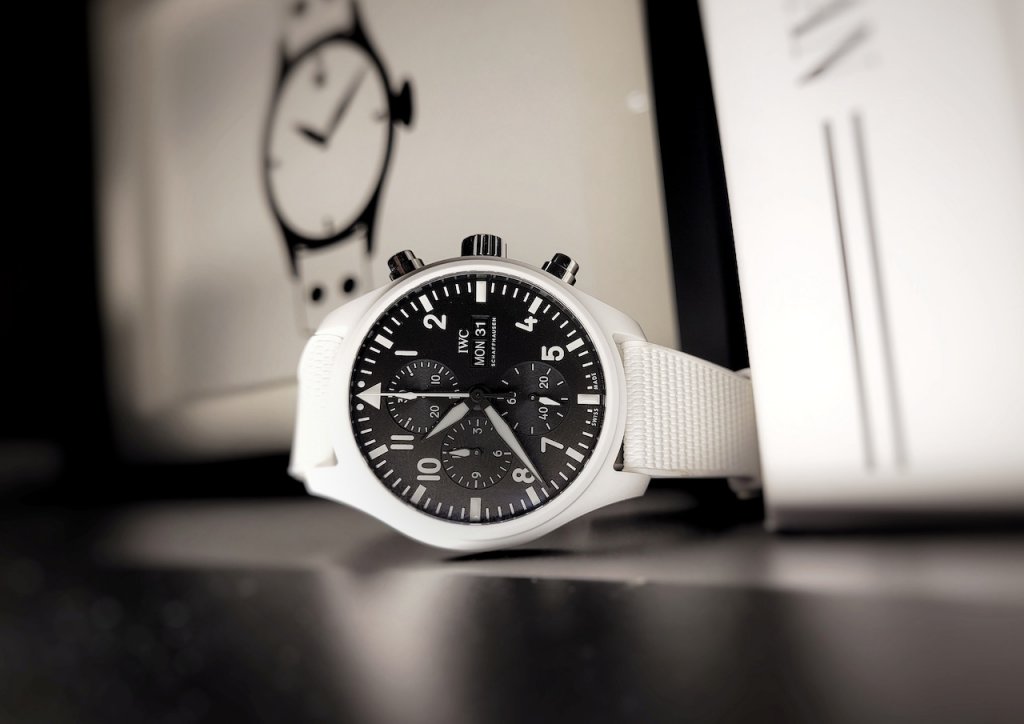 Look, I’m not afraid, nor am I ashamed to admit this. Growing up, Top Gun was one of my favourite movies. (Apart from maybe Spaceballs but they ain’t got a watch tie-in. Come on watchmakers! Money at the ready y’all. Just do it before Undone watches swoops in. Actually movie tie-in for Spaceballs isn’t possible, but I digress…).

I loved the F-14 Tomcat. I loved the soundtrack. The opening theme that began with a very 80s synth beat over the Paramount logo, going into the text intro, the Top Gun logo appearing, then as the planes fire up on the aircraft carrier, the intro fades without you noticing, because at the same time as the engines  were firing up, the music blends seamlessly into “Danger Zone” by Kenny Loggins, and off we go with the action.

Top Gun and pilot watches are a match made in heaven, even though the partnership is actually based on the real life Top Gun academy rather than the movie of the same name. The real name of Top Gun academy is actually The United States Navy Strike Fighter Tactics Instructor program (SFTI program). The program teaches fighter and strike tactics and techniques to selected naval aviators and naval flight officers, who return to their operating units as surrogate instructors. But obviously Top Gun has a better ring to it, and… let’s not get into the movie logo used on the watches…

With the sequel Top Gun: Maverick finally released on the big screen after many delays, there was no better time to cash in on the reference. So, a whole range of Top Gun watches from IWC were launched at Watches and Wonders 2022.

IWC has had the Top Gun partnership since 2007, and Georges Kern (IWC CEO back then) wanted the range to have a military-inspired aesthetic. This means the range is black, or very very dark grey, using materials such as ceramic, titanium, or a combination of the two; ceratanium.

However, this strict adherence to a subdued colour code was relaxed back in 2019 with the sand-coloured ceramic case of the Mojave desert chronograph limited edition (probably to test the market and see whether a light-coloured Top Gun watch would be accepted). This hue was inspired by the China Lake Naval Air Weapons Station, and its home in the Mojave desert. It’s a logical evolutionary step, because how many black or very dark grey watches can you keep releasing? This model was a huge success which of course then led to more colours in the Top Gun range.

We now see a variety of colours (not quite all the colours of the rainbow just yet) including very dark blue and very dark green. But the stand out is definitely the very dark… um… very bright white (which ironically isn’t a colour…).

Named after Lake Tahoe, the white ceramic case is certainly a stand out and easily the pick of the range for this year. I was very lucky to be able to try one on the wrist and as much as I hate to admit it (yes in stark opposite to my love for the movie), I really like the white case. It brings a certain pop and gives the pilot range a fashionable edge, and appealing to a younger, cashed up audience.

The 44.5mm case is immensely wearable, despite the measurements, and it is powered by IWC’s in-house calibre 69380, featuring the classic 12-9-6 subdial layout and a power reserve of 46 hours. Matched to a white rubber strap it is a perfect companion on the beach in the summer and on the ski slopes during winter. at a recommended retail price of $15,900, these are produced in limited numbers, so your best bet is to be best buddies with the sales team at IWC boutiques.

For more, check out the new Tudor Ranger.