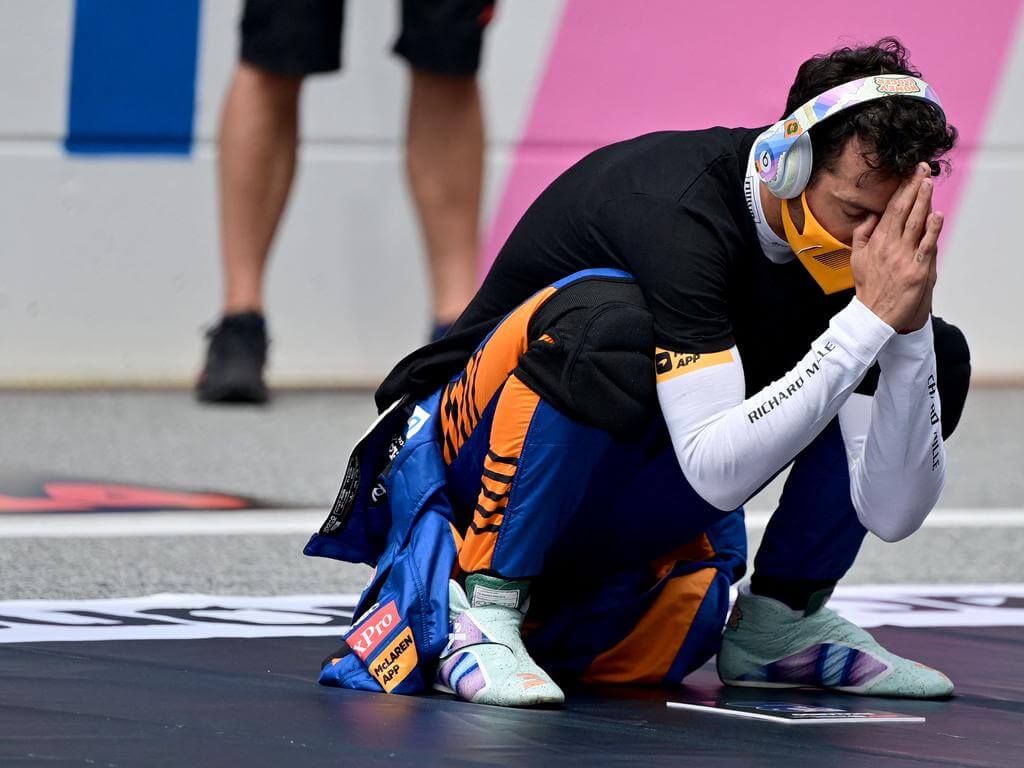 It’s been no secret in Formula 1 that Daniel Ricciardo’s switch to McLaren has been underwhelming for both parties. Sure, they had a win in Monza last year, but Daniel has done little since while his teammate Lando Norris is running circles around him. Now there are even more Daniel Ricciardo replacement rumours swirling around with F1 journalist, Will Buxton, believed that there’s “rarely smoke without fire in F1.”

We’ve discussed IndyCar driver, Colton Herta’s chances of nabbing the McLaren seat before, but now it seems that scenario is becoming more and more likely.

We wrote that McLaren had signed Herta to test with them this year and that has just happened in Portugal. McLaren team principal, Andreas Seidl, said of Herta, “Colton is a proven talent in IndyCar. We will be interested to see how he adapts to a Formula 1 car.

“We believe this testing programme will provide him with valuable experience while demonstrating the benefit of expanding previous car testing to showcase promising drivers for the future.”

When asked if Colton was ready for F1 he said,

“Yes, yes… you can’t say no to that question otherwise you wouldn’t be a professional driver. So yeah, I do think I’m fast enough… It is a goal of mine (to drive in F1) and it has been for a while.”

Zak Brown said in May that the team had “a plan installed for Colton.” It seems that Colton is a favourite, but he isn’t the only one with his hat in the ring according to the BBC’s Andrew Benson.

Daniel Ricciardo might want to leave McLaren of his own accord before the end of his contract that expires at the end of 2023. It might be clear that to him that his F1 career is over.  It’s due to this possibility that Benson suggests that McLaren are looking at Alex Albon from Williams or Sebastian Vettel at Aston Martin as possible replacements for Ricciardo in 2023.

Alex Albon has had a solid return to the grid this year after his departure from Red Bull. There’s no doubt he has talent and with even more experience under his belt, he could be a great choice for McLaren. Though will the team choose two young drivers?

Sebastian Vettel has been struggling with Aston Martin and seems to be a little fatigued with the team’s lacklustre performance. Benson states that his name has “been mentioned in connection with the team [McLaren].”

Will Buxton believes that Benson is onto something as he “rarely commits anything to print without being firm in his belief and confident in his sources.”

Buxton goes on to say that he thinks it’s interesting that Zak Brown (McLaren CEO) does say that Daniel will be racing for McLaren in 2023, he doesn’t say it will be in F1. Buxton says “they want to give him a winning car… And their only winning car is in Indy.”

Not only are all those other drivers in the mix, but it seems that Oscar Piastri is being considered as well, according to The Race. So how does Oscar fit into all of this?

There has been talk for a while now that Nicholas Latifi will not have a seat at Williams next year and the rumour is that Alpine reserve driver, Oscar Piastri, will take his place. At least that was the rumour but there has been no contract put in place between Alpine and Williams as of yet.

Alpine’s hesitancy may have been influenced by the fact that they are yet to re-sign Fernando Alonso for 2023. The team is reportedly keen on doing so but are worried that this will mean that they will lose Piastri if they don’t find a seat for him in 2023. This means if they don’t do something with Piastri quickly, instead of loaning him to Williams for one year, they might lose him outright to McLaren.

Piastri has only signed a contract with Alpine with the acceptance of a sidelined appearance in 2022 as long as he got a 2023 F1 drive somewhere. Otherwise, he can legally leave Alpine and possibly take the McLaren seat if Daniel Ricciardo leaves.

The Australian driver is a notable rookie force winning back-to-back Formula 3 and 2 championships. He deserves to be in Formula 1, but it seems that the timing isn’t in his favour.

Who do you think will take Daniel Ricciardo’s seat or are we counting our chickens a little too early?

For more, check out if Ferrari can keep it together for a championship win this year.