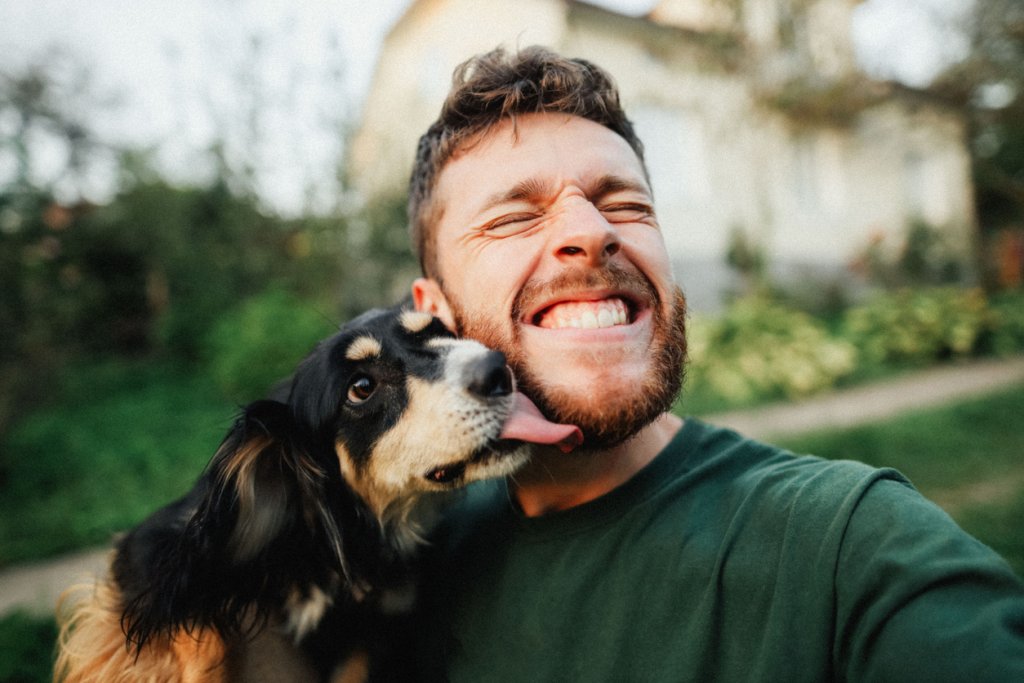 Everybody loves a good smile and why not? Well, it turns out there’s a lot of science behind why smiles are great for not just ourselves, but for others too. Real science too, not just some rubbish spewing from a motivational speaker.

Maybe one of the best reasons to smile is because the simple act can help relieve stress and elevate your mood. And the best part? It works even if you fake it. This is because the physical act of smiling activates pathways in your brain that can influence your emotional state. So a happy facial expression essentially “tricks” your mind into being happy. This study posits that your smile can trigger the release of neuropeptides and neurotransmitters like dopamine and serotonin that boost your mood. It’s basically like a natural antidepressant.

Not only does it help your mood, but it can help you to be more productive. A group of economists performed a study and found that “human happiness has large and positive causal effects on productivity. Positive emotions appear to invigorate human beings, while negative emotions have the opposite effect.”

Another study managed to link decision-making, processing, and learning to the release of dopamine that was triggered by happiness. Essentially, they discovered that smiling can make you a more creative and efficient worker.

So it’s great for you, but the benefits aren’t just limited to yourself. Smiling is contagious because the brain automatically notices and interprets other people’s facial expressions. Sometimes, we mimic them unconsciously. So essentially, by smiling yourself, you are inadvertently improving the mood of those around you.

That’s why being confident and comfortable with your smile is important. It’s good for both you and your relationships. But if you need a little confidence Byte are here to help you out.

How Byte Can Lead To A Happier Smile

Byte have created an at-home invisible aligner treatment that you can do from the comfort of your own home. Once you’re approved for treatment, the cost can be as low as $4 a day for 24 months. Byte have plans that are considerably cheaper than traditional orthodontists.

As the GM of Byte, what made you get into the smile business? Did you have your personal journey with teeth alignment?

The pillars of my business endeavours have always been health, wellness, and accessibility. Whether it was starting the first vegan restaurant on the east-coast of Canada, to co-founding a medicinal tele-health business in Australia – I get a lot of joy from creating disruptive businesses that challenge the norm and enrich other people’s lives.

When I was approached by Byte, I had gone through a very minor tooth straightening procedure with one of our competitors so I was familiar with the process – but I can’t say that the treatment was lifechanging for me. I didn’t make the connection to how impactful our business was – rather focused on the size and scale of the business as a next step in my career. It wasn’t until I immersed myself into the business that I got to see first-hand how we were changing lives.

When you talk about how your smile can affect your overall health, do you really mean everything from you mental and physical health?

100%. Similar to how we are learning how our gut health can affect our mental and physical health, the same rings true for our oral health.

Dental health has a bidirectional relationship with total body wellness, meaning it’s a gateway to your overall health – so what happens in your mouth has a direct link to the rest of the body. Bacteria associated with poor oral health can lead to chronic disease, such as diabetes and heart disease as well as reduced overall quality of life.

Tooth straightening with clear aligners allow for better oral health. Having straight teeth makes them easier to keep clean; and keeping teeth clean reduces risk of dental and certain chronic diseases. Even if customers may not have the best oral health when they first come to Byte, once they get straighter and whiter teeth, customers are willing to maintain their new investment with good oral health practices.

With over 200,000 smile transformations to date across our U.S and Australian businesses, we’ve (Byte) seen first-hand how a new smile can spark a newfound confidence in our customers. It’s not just about having a perfect smile; it’s about building up that inner-confidence and introducing a new you to the world. Whether it’s a new job, your wedding day, the confidence to find your voice or smile for the first time without hiding your teeth, and ultimately hiding the spark in you, we’ve seen every transformation you can think of, and that’s what gets our team excited to show up to work every day.

How have you/the Byte business gone about making Byte accessible for everyone? Was there a key goal in your business structure that you wanted to work towards?

Straighter smiles were once reserved for certain groups of people. We set out to change that by democratising oral healthcare. By offering affordable invisible aligners, and a platform that can be access from anywhere in Australia, we’re making straighter smiles available to everyone.

In Australia, the barriers to see a dentist are time, accessibility, and cost – dental treatments are not covered by Medicare. According to the Australian Dental Association (ADA), 65% of Australians have not visited a dentist in the last two years.

The good news is that almost all dental issues are preventable, but that requires regular check-ups and consistent oral health practices.

Although Byte’s mission is straighter smiles for all, by creating a consumer-friendly and accessible oral care platform, we are able to reach people that may have not been to the dentist in years. This platform allows us to then educate consumers on their oral health to support their journey to straighter teeth.

Let’s address the elephant in the room, how has covid affected Byte. Was this the reasoning for making Byte products accessible online?

I hope this doesn’t make the elephant in the room bigger, but our best months in terms of sales volume were during the pandemic. Picture this – a captive audience of Australians at home, working and staring at their teeth video call after video call, and a newfound disposable income for an already very affordable treatment.

In addition to this, patients could not (or did not feel comfortable) accessing dental practices for teeth straightening. By providing an end-to-end digital experience at home, more and more individuals could access orthodontic care that otherwise couldn’t.

Even post pandemic, for those with mild to moderate cases, we are still seeing people choose the convenience of at-home teeth straightening as it’s cheaper and more convenient than in-clinic options.

Does Byte wish to have their own stores that are stocked with Byte products and aligners?

Definitely. Accessibility is the name of the game, and it will be achieved through a number of recently established partnerships. We are expanding our product line outside of straightening and whitening, which we will be announcing soon, and whether it’s getting those products on shelves, or our services in dental clinics, we have lots on the cards for later in 2022 early 2023. Watch this space!

Where do you see Byte in a year’s time, given that we don’t have any more lockdowns!

Byte is growing, fast. With the recent $1 billion acquisition of Byte by Dentsply Sirona, the world’s largest dental company, we now have a well-established dental network to support our customers’ oral health as well as support the expansion of our offering. We intend to be the number one choice of affordable clear aligners in partnership with Dentsply Sirona and their incredible network of dentists in Australia.