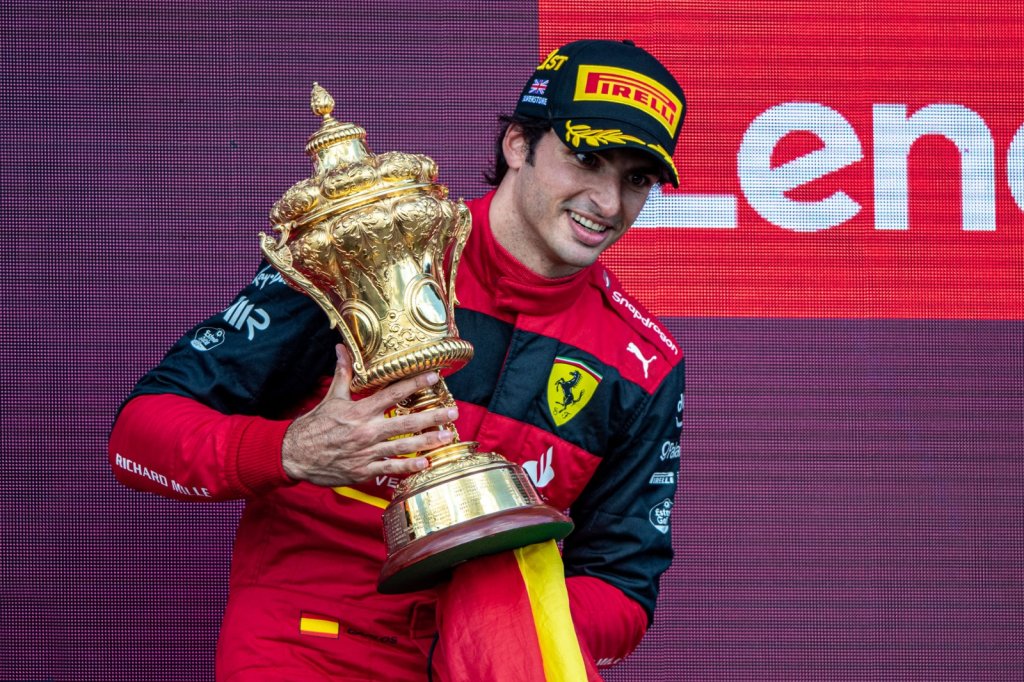 Carlos Sainz has not had the best start to the 2022 season. The reasons for which can be attributed to both internal and external factors surrounding the Ferrari driver. These factors resulted in an exhaustion of Sainz’s confidence that has dramatically affected his performance when compared to last year. That lack of confidence may be coming to an end now that Carlos Sainz has won his first Grand Prix at Silverstone – and that might have been intentional on Ferrari’s part.

“I think a first win is always a bit of relief, I’m not going to lie,” Carlos told the media after the race. “… you have a win in Formula 1 and for sure I’m going to keep fighting for more.”

“Relief.” That’s what Ferrari I’m sure are glad to hear and maybe that’s part of the reason why Ferrari may have preferred Carlos to win the race, rather than his teammate Charles Leclerc. Ferrari needed to give their second driver a confidence boost that would ultimately (and hopefully) pay off in the long run.

Please note that this is all pure conjecture. Access to the pit wall and the team’s private conversations are not something we are privy to so it would be impossible to say that this is the case for sure.

Ferrari are not Red Bull or Mercedes, for better or worse. When they say that they don’t have a number one driver, they’re one of the few teams that you’re more likely to actually believe. Their approach isn’t as ruthless as Red Bull (or Mercedes if you’re a Bottas fan). They seem to want the best for both of their drivers when it’s possible. That has caused problems for Ferrari’s strategy and may negatively affect their championship bid this year, but it is admirable nonetheless. Part of their strategy is to appease both driver’s egos by allowing them to duke it out on the track.

“Let each driver prove which is the best on the track,” seems to be Ferrari’s philosophy right now. So far this season, the better driver between the two has been objectively Charles Leclerc. That’s due to Sainz’s struggles with the new car and his resulting lack of confidence. That’s why Ferrari might have attempted to create the conditions in which it was possible for Carlos to win without team orders and minimise the damage towards Leclerc’s ego.

Everyone cries foul when Red Bull call for team orders to switch Sergio Perez and Max Verstappen. “Let them race!” everyone cries, but when Ferrari let their drivers race, it is deemed too risky. There’s merit to that argument, no doubt about it, but why the double standard? Likely it is due to Ferrari’s many other strategy mistakes this year (which we don’t have time to get into here). When Perez is asked to let Verstappen go by, you can hear how deflated he becomes on the radio. His ego takes a hit. This isn’t limited to Perez as no racing driver wants to give up on trying to win the race. Every driver wants to win – it’s part of their DNA.

There is no doubt that Carlos Sainz has been a team player at Ferrari. But in order for him to be the best teammate possible, he needs his confidence back hence Ferrari sacrificing Leclerc’s race.

What If It Was An Accident? 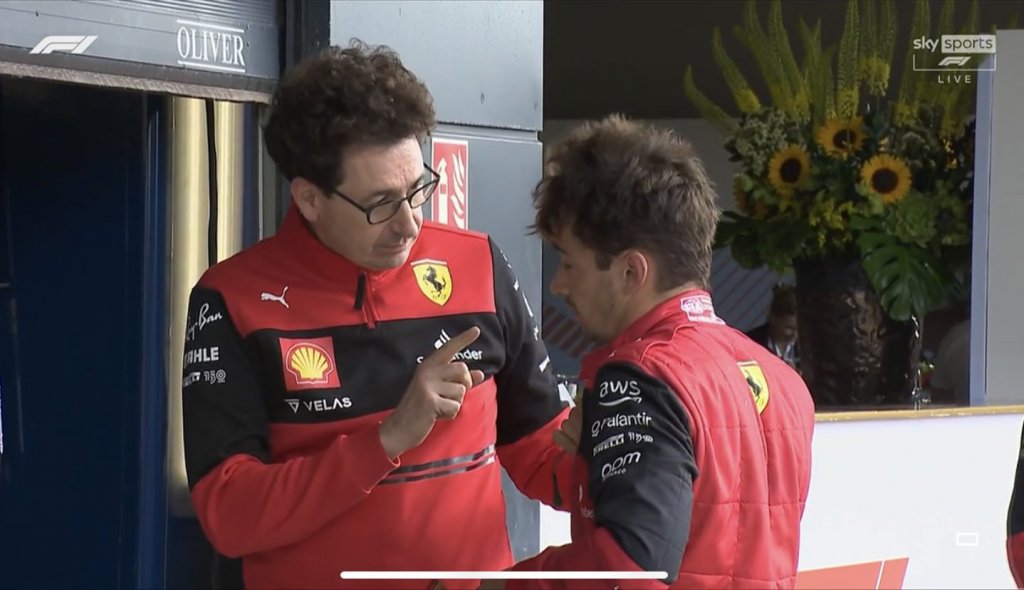 Charles Leclerc was left disappointed after the race. As he told the media, “It’s great for Carlos, it’s a dream come true for him I’m sure, but I cannot hide my disappointment too on my own race.”

Leclerc was left out to dry by the Ferrari strategists when they decided to leave him out on used hard tyres whilst they pitted Sainz for new soft tyres. Most of the grid pitted as well. It proved a fruitful choice for Sainz who went on to win, but Leclerc (who was in the lead), dropped to P4.

We also saw Leclerc getting what looked like a stern talking to from Ferrari team principal, Mattia Binotto. We have no idea what Leclerc was being told, but maybe it was not to rain on Carlos’ parade or to avoid publicly criticising Ferrari strategy? No. At least that’s not what Binotto told Planet F1,

“There is nothing to sort out internally, I think it was simply to tell him ‘I understand your disappointment but you did a fantastic race today,’ fighting at the start, fighting later on when he was on hards and the others on softs.”

It is entirely possible that Ferrari simply stumbled upon an opportunity to allow Sainz to win his first race and restore some of his confidence. It seems likely that it was an accident. During the safety car on lap 40, Ferrari wanted Carlos to leave 10 car lengths between himself and Leclerc so the Monegasque would have time to warm up his hard tyres. Carlos pleaded with the team not to do this on the radio, “Guys, I’m under pressure from Hamilton, please don’t ask these things. Please, please. Stop inventing.” He later added, “There’s more to lose like that.” He was right.

Ferrari may not have intentionally sacrificed Leclerc’s race in order for Sainz to win, but they weren’t unhappy with the result either. Ultimately, it might work out in their favour in the long run as it’s the talent that feels like they are carrying Ferrari because there have been far too many strategy mistakes from Ferrari to make a confident bid for the title on that end. With both drivers firing on all cylinders, they might be able to make up for Ferrari’s strategic shortcomings, but who can know for sure. What is clear is that Ferrari didn’t intend for Sainz to win, but it might have been a preferred outcome.

For more like this, check out whether or not Daniel Ricciardo will keep his seat at McLaren.