14 Actors Who Didn’t Get Along On Set

As much as we would like to believe that everyone on movie sets gets along, that often isn’t the case. Sometimes actors just don’t like each other, but sometimes it’s for such ridiculous reasons as to merit reporting on. This list is just a bit of fun and isn’t meant to be taken too seriously so take a look and check out what some of your favourite actors get up to on set. 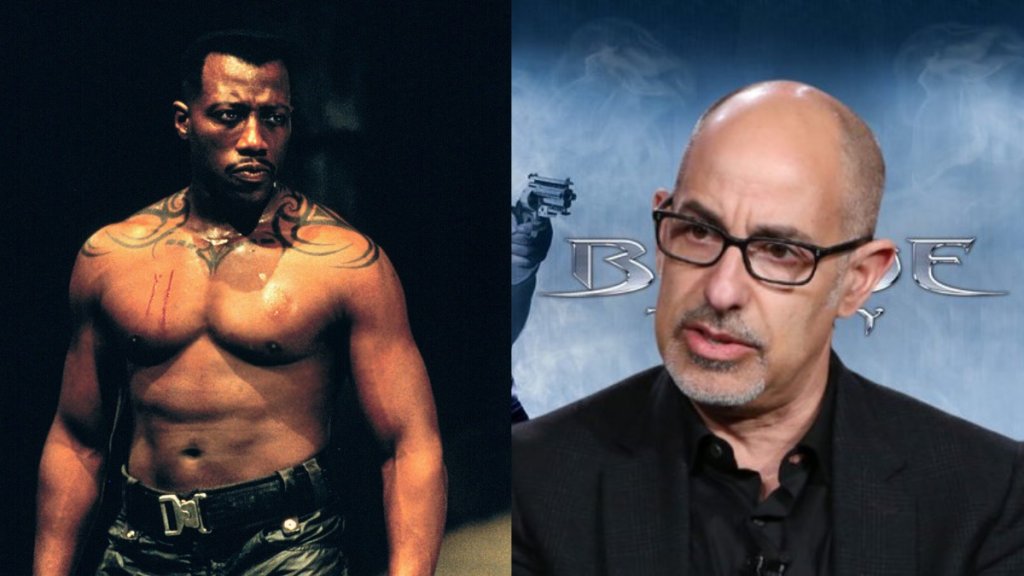 We have a lot of details about what allegedly happened on the set of Blade: Trinity, thanks in large part to an interview Patton Oswalt did with the AV Club. In summary, Wesley Snipes was out of control on set. He only showed up for close-ups, smoked weed the whole time, and never broke character.

As Oswalt tells it,

“He wouldn’t come out of his trailer and he would smoke weed all day. Then I remember one day on the set - they let everyone pick their own clothes - there was one black actor who was also kind of a club kid. And he wore this shirt with the word ‘Garbage’ on it in big stylish letters. It was his shirt. And Wesley came down to the set, which he only did for close-ups. Everything else was done by his stand-in. I only did one scene with him. But he comes on and goes, ‘There’s only one other black guy in the movie, and you make him wear a shirt that says ‘garbage’? You racist motherfucker!’ And he tried to strangle the director, David Goyer.”

Oswalt added that Snipes told the director to quit. As Oswalt alleges Snipes said, “I think you [David Goyer] need to quit. You’re detrimental to this movie.” Goyer’s response, according to Oswalt, was cold, “Why don’t you quit? We’ve got all your close-ups and we could shoot the rest with your stand-in.”

Oswalt said that this conversation “freaked Wesley out so much that, for the rest of the production, he would only communicate with the director through post-it notes. And he would sign each post-it note, ‘from Blade.’”

You can’t make this stuff up.

It seems that the entire cast of Fast and Furious were quite frustrated with Dwayne Johnson on set. Tyrese Gibson made his feelings known on social media, an act which he said he had come to regret. But it was series head Vin Diesel that refused to be on the same set as Dwayne Johnson in The Fate of the Furious.

In The Fate of the Furious, the two actors only had one scene together which in reality was done separately and through some clever editing, only made them appear to be in the same room.

We don’t know the details as to why there was beef but Johnson has said that things are mostly okay between the two now… kind of. Johnson said that after “a few discussions, including an important face-to-face in my trailer. And what I came to realise is that we have a fundamental difference in philosophies on how we approach moviemaking and collaborating. It took me some time, but I’m grateful for that clarity. Whether we work together again or not.”

So, they’re good? Maybe not as he later added, “I wish him all the best, and I harbour no ill will there, just because of the clarity we have. Actually, you can erase that last part about ‘no ill will.’ We’ll just keep it with the clarity.”

Now these two didn’t hate each other, not really anyway, and have since reconciled but according to Cyrus’ book, Miles To Go, her and Emily Osment were not friends.

“The show felt real to me, and I wanted my relationship with Lilly to feel real too,” wrote Cyrus. “I knew it didn’t have to – show business is show business – but I was disappointed. There were times when I didn’t think we could ever be friends. We just couldn’t figure out how to get along.” This one all started off with a few changes Meryl Streep made to the script on the set of Kramer v Kramer which got a response from Hoffman, “Meryl, why don’t you stop carrying the flag for feminism and just act the scene.”

This was very confusing because both parties have been very vague as to what actually happened on the set of Charlies Angels. We do know it was something to do with rewrites but what Lucy Liu had to do with it is difficult to decipher.

Here’s what Bill Murray said of the event, “We began rehearsing this scene and I said, ‘Lucy, how can you want to say these lines? These are so crazy.’ She got furious with me because she thought it was a personal assault, but the reality is she hated these lines as much as I did. But for 15 or 20 minutes there, we went to our separate corners and threw hand-grenades and sky rockets at each other.”

Lucy Liu talked on a podcast about what had happened just as recently as 2021. “We had taken the weekend to rework that particular scene and Bill Murray was not able to come because he had to attend some family gathering. So it was everyone else, and we just made the scene more fluid. I wish I had more to do with [the rewrite], but I didn’t. Because I was the last one cast, and I probably had the least amount of privilege, in terms of creatively participating at that time.”

She added that Murray started to “sort of hurl insults.” The language he used was, according to Liu, “inexcusable and unacceptable.”

Both have since reconciled from their little interaction on set. With Liu saying she has “nothing against Bill Murray at all.”

Murray, for his part said that “We made peace and I got to know her better from that day, and I feel very warmly for her now.”

This is one the less explosive on this list but in fact, Charlize Theron and Tom Hardy simply didn’t get along on the set of Mad Max: Fury Road, but they seem to have a respect for each other.

Director George Miller told the Wall Street Journal, “I’m not saying that they were seething right through, but the trajectory of the characters can’t help but seep into the work. When they first meet each other, they’re trying to kill each other. As the two characters come together out of necessity and rather reluctantly, they have to find a degree of trust. And to some extent that was the trajectory of their relationship as well.”

Zoe Kravitz on Watch What Happens Live in 2016 said that, “We were also in the desert for so long. I think everyone was tired, and confused, and homesick … I actually don’t know if there was one issue. I just think it was like they weren’t vibing.”

Hardy himself actually gifted a self-portrait to Theron with a note that read, “You are an absolute nightmare, BUT you are also fucking awesome. I’ll kind of miss you. Love, Tommy.”

This one is fairly petty but also quite understandable. It can be told very quickly. Leo performed a lot of pranks on the set of Romeo + Juliet, particularly with Claire Danes. She did not appreciate them in the slightest and thought Leo was “immature.” Leo in response believed that Danes was “too uptight” and kept at it.

You can actually understand both responses because for Leo, he had done the same thing on the set of Titanic and Kate Winslett along with James Cameron thought it was a hoot.

So no one is really in the wrong here, they just didn’t get along.

For more like this, check out what Jurassic Park got wrong about their dinosaurs. 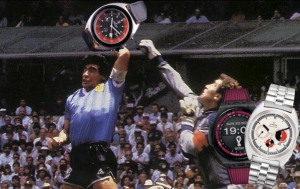 A soccer timer watch isn’t really necessary anymore, but they were fun while they lasted. 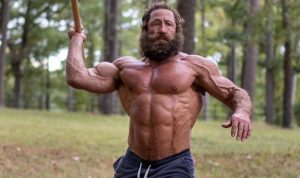 Since accusations of steroid use against the Liver King last week, the man himself has admitted to their use.