Michelangelo Drawing Looking To Be Sold For $44 Million 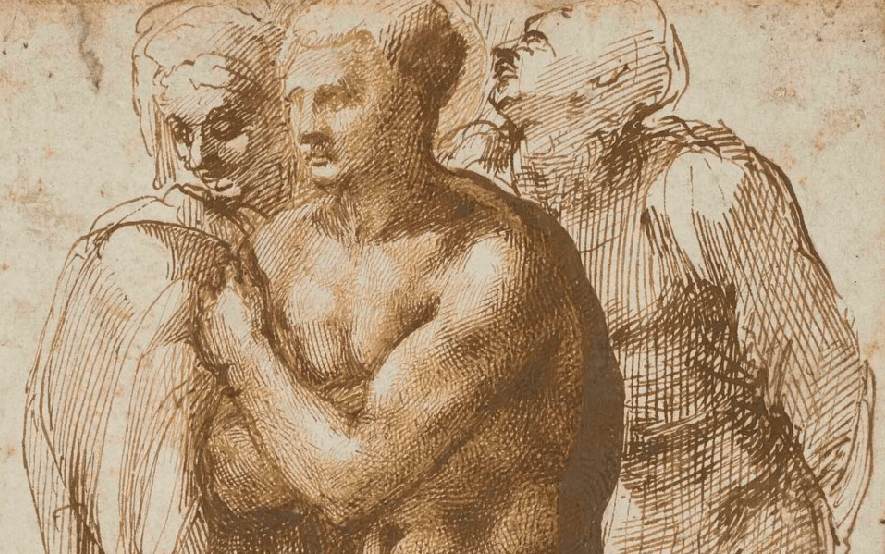 One of the master’s earliest drawings was previously unknown and now could fetch a handsome €30 million at Christie’s Paris next month.

The drawing depicting a nude man standing between two figures was discovered in 2019 and is one of the few remaining works of Michelangelo’s in private hands. It was sold in Paris in 1907 when it was previously (and falsely) attributed to the artist’s school. It wasn’t until 2019 when Christie’s Old Master specialist, Furio Rinaldi, spotted it. His reclassification was supported by art historian Paul Joannides, a leading authority on the artist.

When the drawing was rediscovered in 2019 the French government banned the piece from being sold by declaring it a national treasure and placing an export bar on it for 30 months. The 30 months have now expired meaning that Christie’s is very excited to take it on a worldwide tour before being sold next month.

The drawing is believed to be one of Michelangelo’s earliest works from around the end of the 15th century. It is a reproduction from an already existing fresco, “Baptism of the Neophytes” by Masaccio found at Santa Maria del Carmine in Florence.

This drawing I think is one of the most exciting discoveries made in the field of Old Masters drawings in a long time. It shows Michelangelo doing two things at the same time, looking back at artists that preceded him, in this particular case Masaccio, as well as looking forward to his own work and the revolutionary aspect of it -- in particular the depiction of the human body which becomes such an important part both in the sculptures, I think of the David in Florence, or the many, many figures he painted in the Sistine Chapel.”

The drawing will go on sale on May 18 during Christie’s Old Masters and 19th century art sale in Paris.

If you love art, check out what Hublot did at their event with Satellite.