Jack and Tim were two food lovers who just wanted to do something for themselves. They didn’t know each other but they knew each were talented and one fateful trip to Mexico later had sealed the deal. Now St. Alma have opened their second and newest establishment in Freshwater.

Edited for readability and brevity.

How long have you guys been open at the new Freshwater location?

Jack: We opened on the 3rd of January so it’s still very new. We had about four days of trade then about 30 of our staff came down with COVID.

Tim: We had to shut both venues for a week. Since coming out of our Covid Experience, our teams are healthy and the venues have been trading well!

You mentioned you guys went on a trip to Mexico, can you give us specifics as to how it influenced your food here in Australia?

Jack: So, we didn’t know each other at the time –

Tim: We had worked together.

Jack: Yeah, but I had gone into the restaurant he was working at to get him to try and leave his job and open a restaurant with me. He didn’t know me, but we befriended each other and basically one day he had agreed to open something with me, but we still didn’t know each other very well. I was thinking, “Oh God, am I actually going to have to do this?” I quit my full-time job, so everything was on the line, and I thought what better way to get to know each other than a trip to Mexico. So we did about a month over there, to get to know each other!

Tim: We kind of just clicked from the get-go. You know, if you’re going to test any relationship, travelling to a non-English speaking country is a good way to do it.

Jack: I thought it was make or break. If it didn’t work, then we would go into business together but if it did, then awesome. The most annoying thing is that I just stick out really badly over there. I’m loud and obnoxious, and Tim’s afraid we’re going to get robbed in every town!

Tim: It’s true! Anyway, I was running Chica Bonita before this, so I had already done the American-Mexican style. That’s where Jack and I met, he was a waiter. We were over in Mexico, and we didn’t know what to expect from the food. We went for the bonding, but we had also booked in around 30 restaurants beforehand.

As we landed in Mexico City, before we even got into the hotel, we got a taxi and went to Pujol which is like the sixth best restaurant in the world. That was a really good start. Every night we ate out and every morning we ate out just trying to get different perspectives and ideas from what the young chefs were doing over there. We had our hitlist of ten favourite restaurants and we would just rank all their dishes and we pretty much just stole what we could from every region. We were both over there to expand our palettes as much as we could and really get that authentic Mexican taste, not just what Australians think Mexican food is. There were a lot of dishes that we knew we had to recreate back here. We tried talking to the chefs to try and get some idea as to what chilies were used etc. and try to find those ingredients back here.

Also, every restaurant we ate at had degustation. They would all do tasting menus. Five years ago, we couldn’t even imagine opening a degustation Mexican restaurant in Sydney. We thought it wouldn’t work and now our tasting menu is our largest selling item.

Jack: Our biggest seller, in terms of a dish, is our ribs which we’ve had there since day dot. Tim has been working to perfect it, but it was one of our favourite dining experiences in Mexico. That was something we recreated here, and it’s been great.

Tim: Yeah, a restaurant called Hartwood where they cooked it all in a woodfire oven, these sticky ribs. We couldn’t get them out of our mind, and we still have them on the menu today. Our menu has come a long way since day one but there’s a few on there from the beginning.

Jack: Yeah, like the snapper we had in Mexico City from this place called Contramar. There are a few dishes that we kept on there because they’re our favourites and they have a story. 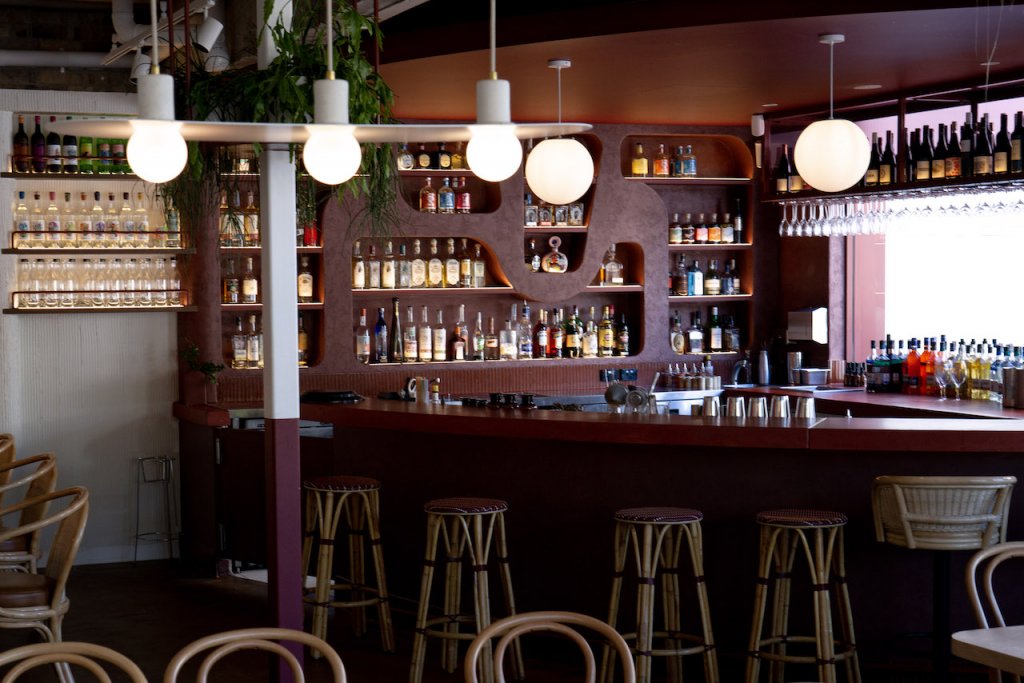 What kind of things did you learn from your collaboration with Mexican restaurants and venues during your time over there?

Jack: What we pride ourselves on here isn’t just the food or the drinks, it’s the feeling you have coming into the restaurant and the feeling when you leave. That was so important when we were over there. We talked about Pujol earlier and that’s a great example. It’s the sixth or seventh best restaurant in the world and we rocked up there with our suitcases and they welcomed us with open arms. We went into the kitchen with the chefs, and we were blown away by how welcome they made us feel.

Tim: The level of service was above what you get here, generally.

Jack: We have a word we try to integrate throughout the business – meraki. It basically means to do everything from the heart but with a sense of creativity. More than anything else, these places that we visited had so much character and depth behind them and we really wanted to do that here as opposed to having the best dish or whatever. That’s awesome but everything else has to come together.

We’re trying to bring that here and to do that we’ve brought out a bunch of chefs from Mexico. We’ve got three more coming out hopefully within the next three months. So that’s exciting because we want to bring that feeling here and we don’t want to do it half-heartedly and so we want to integrate the Mexican chefs here so we can learn from them. It’s hard for us to communicate that feeling whereas culturally it’s massive over there. We can communicate, but it’s so much better to have the real thing here and learn from them.

Tim: We’ve got a bit of a saying in the kitchen that you can learn something from anybody. We don’t really run the hierarchy system much. It’s more like what you can bring to the table and learning from the others around you. It’s worked really well. We’ve had great chefs come over and it’s really helped develop the menu, even the restaurant as a whole. 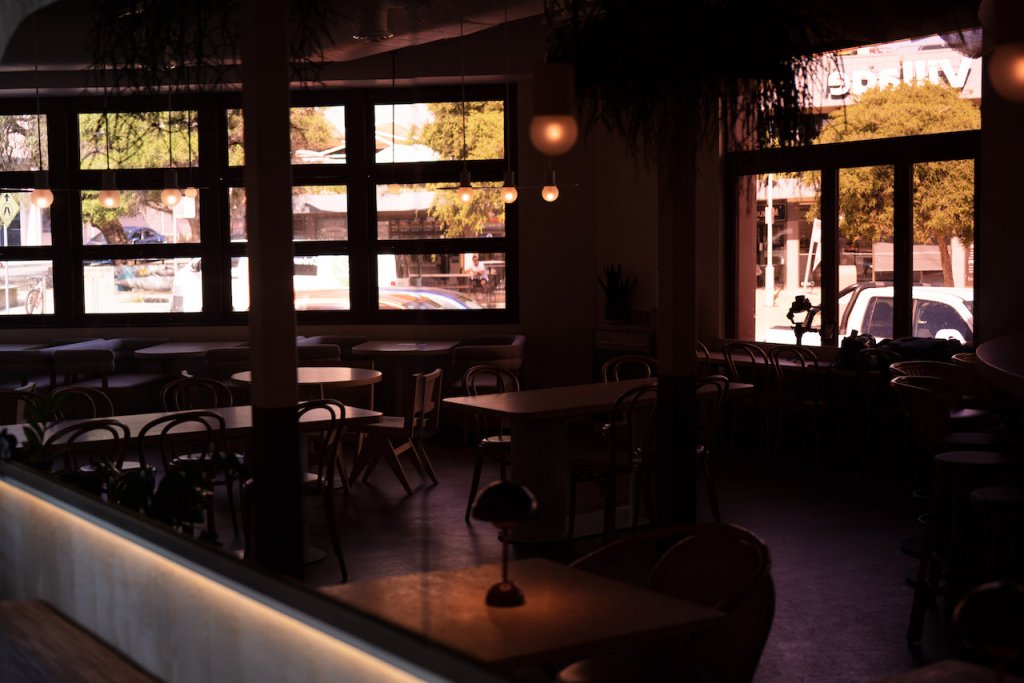 How would you define “modern Mexican food”?

Jack: That’s a good question. I don’t like to define it as such. There’s so many differing interpretations and you can go to so many regions and do that and they would be completely different. Modern Mexican… I’m not sure if that’s what we would even call ourselves.

Tim: There were a lot of young chefs over there that were using traditional techniques. They all go to study at university to study cookery and they all learn French, Italian and so on. They would then use those techniques and go to the U.S. or something and come back to Mexico, mix their experiences with something like the ingredients used by their grandparents. So it’s a fusion of their experiences and techniques. I guess that would be what I think Modern Mexican could be.

Over there it’s quite natural. All the different restaurants go in different directions depending on the chef’s experiences. Where they’ve been, their family recipes, even the regions they’re from. They’re so different! So I guess that’s how I would define it – using traditional ingredients with modern techniques. 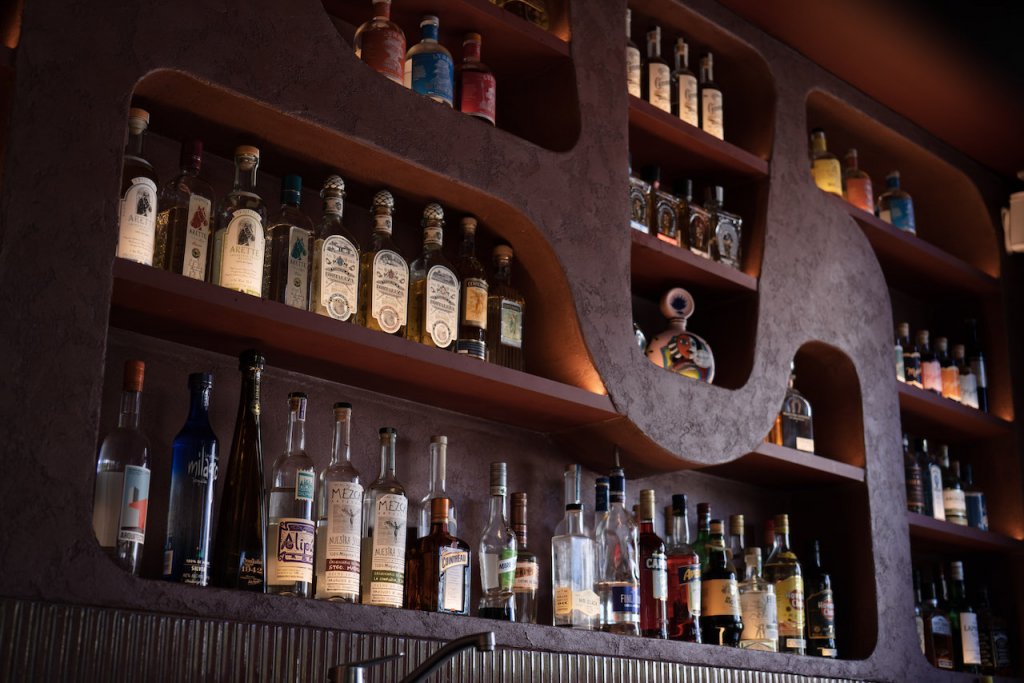 Does this modern take on Mexico also affect the drinks menu and cocktails available?

Jack: We’ve tried to marry the two. We’ve also tried to use Australian ingredients too where possible to make things a little more accessible. Our cocktail list has been categorised, so our customers know exactly what to expect. Then we will integrate ingredients people are more comfortable with into something that in Mexico would be run-of-the-mill. For example, we’ll do a negroni, but we’ll do it with mescal and then infuse it with fig. Or a wattle seed negroni. We try to integrate some sort of native ingredient within the list so it doesn’t seem so foreign.

Jack: I think the earthy tones. We wanted it to be modern but still have a rich character. Still accessible, you know, we’re next to the beach. All the windows open up and we’re putting in another outdoor area. We just want it to be inviting and not feature any colder tones. We stained the floor a rust colour specifically for that. We didn’t want any whites or anything.

One thing we thought was interesting in Pujol for instance, if you walked in, you would not have known it was a Mexican restaurant. There was nothing there to show that. It was all timber, greys and concrete.

Jack: Yeah, and I think what they’ve tried to do is move away from the status quo.

Jack: I think that’s what really appealed to us. Not feeling the need to be overly Mexican. We don’t have cacti or anything.

Tim: Yeah, we’ve got Jack’s mum’s artwork on the wall.

Jack: Yeah, it’s little things like that to give it a personal touch.

For more interviews, check out our chat with Studio Blanca and how they’re making classic pieces without the price point.