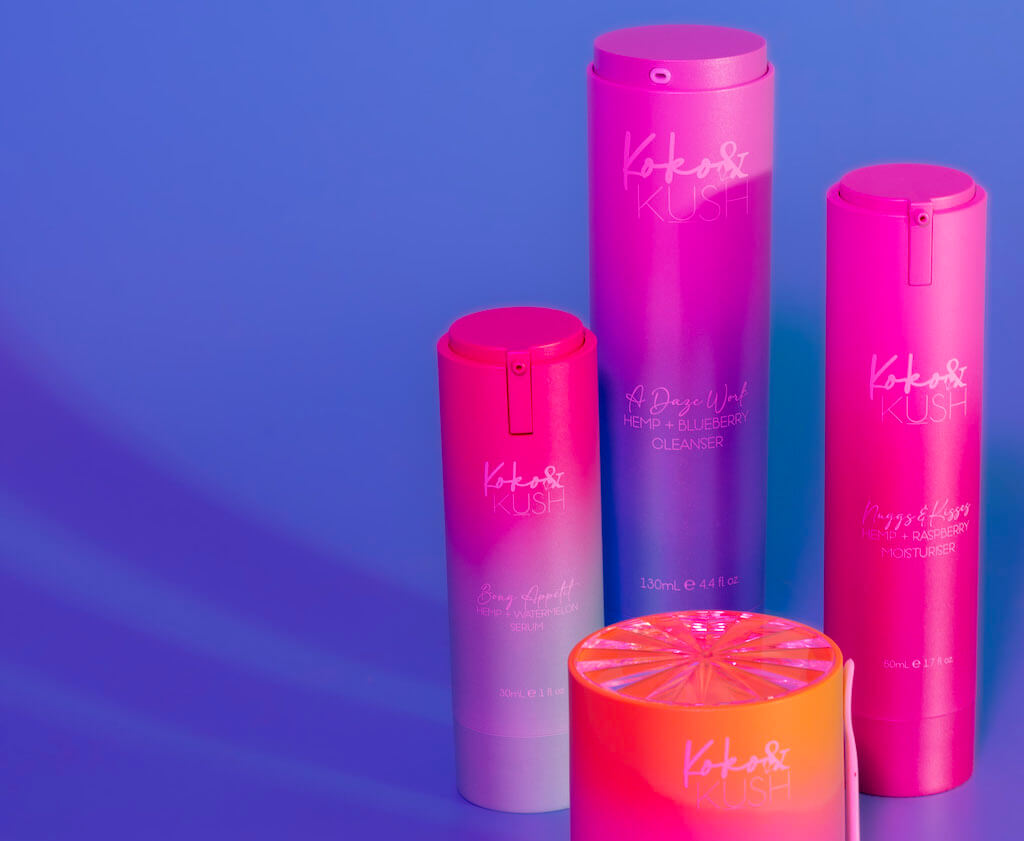 Koko & Kush is a hemp-based skincare brand that came to life with more than a few speed bumps along the way.

Cindy was in the events industry before the pandemic hit but once things weren’t looking too good for her job she decided that she had to try something else. Her skin issues were flaring up again due to the mask mandates and not a single product would work for her – what could she do but make her own product that would fix these pesky issues? Introducing Koko&Kush!

How did Koko & Kush come about? What’s its origin story?

I launched Koko&Kush about six months ago, but it’s been in the works since April 2020. Pretty much when COVID hit I was in events, but the events industry basically got wiped out overnight. Everything was cancelled and we were in lockdown in Melbourne. So, we were just refunding and rescheduling all of our events week after week and I was thinking, “This is not sustainable” and I knew I had to pivot.

I also had an issue right in the middle of my nose. A red mark would keep coming back and constantly flaring up with pus which I kept picking at and trying to pop. Then when they introduced mask wearing, the line of the mask kept hitting that spot and it just kept getting worse. I always tried to dry it out, use a bunch of concealer to cover it up and then by the end of the day it just looked crusty and I was super self-conscious. It was just a vicious cycle and nothing was actually getting rid of the issue. I ended up spending close to $1,000 in skincare over the years just trying to find something that would help it, but nothing did.

It turns out I knew somebody that worked at one of the biggest skincare manufacturers in Melbourne so I asked him if I could do my own skincare line for my own issues if I couldn’t find anything that helped as a joke. It was just an idea at the time, a silly idea and nothing came from it. And a month later, I went back saying, “I literally cannot find anything to help me, can I come in and develop something myself?”. 24 hours later I had a meeting with the CEO. And boy, I was NOT prepared.

But it actually went really well and despite minimum order quantity being 5,000 to 10,000 units each he was able to bring it down for me and I could get started straight away by talking to the formulations team. WHAT A DREAM! I went home, did my research, did everything and it took a few months of back and forth with a few rounds of sampling. Then they sold the business out of nowhere. The whole thing crumbled. And what a dream it was… 5-6 months of work was gone.

I was going to scrap the idea because I was now on my own. But because I am so stubborn and didn’t want to put months of work to waste I started to call all of the manufacturing businesses of skincare around Australia.

So finding a manufacturer was difficult in Australia. How did you get around that? Did you?

I knew someone that started their own product filling company, so I wanted to support them. But at the same time, that meant I needed a company that could make the product for me, give it to me, and then I could get it filled. And about 90% of those companies rejected that option. 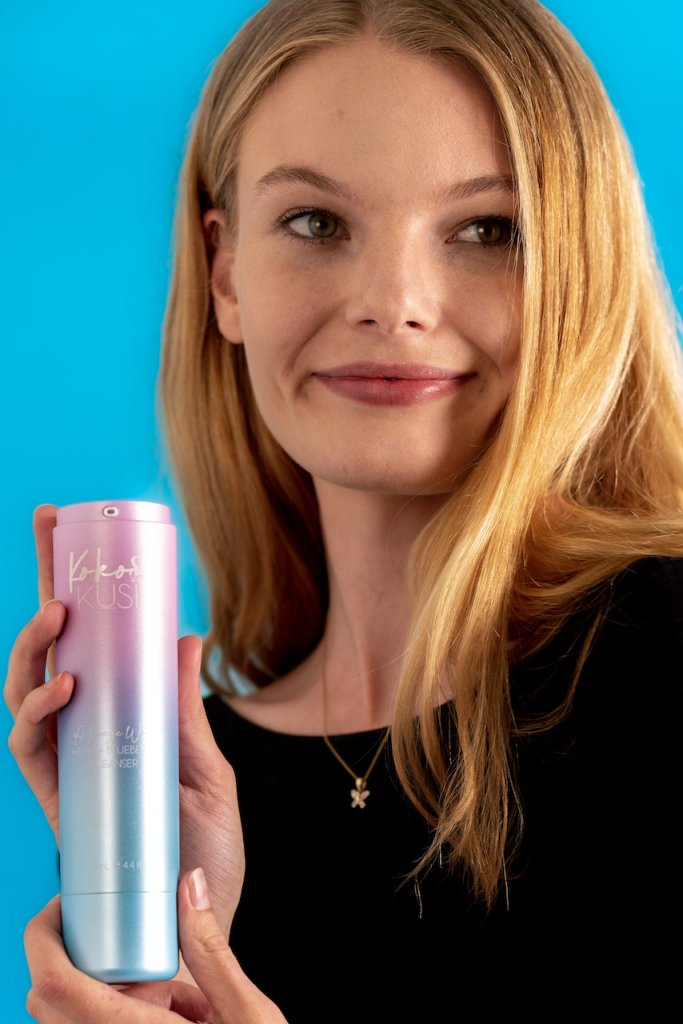 I finally found a company that seemed promising. But for five to six months, I could not get a price indication from them. How was I supposed to budget anything without a price? They kept delaying it and delaying it. All my formulations that were coming back were wrong every time. For example, I gave them a serum formulation that was water-based, and it came out pure oil and so I would get put back at the bottom of the list. I was thinking, “Hang on, you made a mistake. Shouldn’t it be your priority to fix it?” I felt like I was just a number to them, so I knew it wasn’t working out at all. I thought, “This is it. I’m going to have to give up now. It’s done.”

But again, my stubbornness was still a part of me I couldn’t let go and because these manufacturers have minimums, everything was also increasing budget wise…

My partner and I had some money saved up because we were going to build a house to live in and I only wanted to use 30% of our savings to do this business, to try it. But because I am super extra, I wanted printed bottles, refillable bottles, pretty bottles. I told him that I think it will probably be all of our savings at that point. That’s nowhere near the budget we had set aside. But he said, “Alright, find a company that can do it for you and then just go all in.”

I ended up finding a company back in Melbourne so we now manufacture everything in here, and they are so, so good! Everything was done quite quickly to get the ball going again. But with that came lots of sacrifice. We had to move back home with my parents. We couldn’t build our house that we wanted and every single dollar that we had went into this.

After all those setbacks did it just feel that at that point it was worth just going all in?

It was already close to nine or ten months of just being messed around. It was either going back to the events industry, which was still crumbling at the time because Melbourne was in lockdown for almost a year, went all in or went and got a job. But again, stubborn Cindy here, I wanted to prove people wrong, so we went all in.

A lot of people were like, “What are you doing Cindy? You don’t know anything in this industry, how are you going to sell skincare? There’s so much skincare out there, so much competition out there.” At the time I didn’t have an answer, but I knew I just wanted to do something different.

So we went all in and launched about six months ago with Koko&Kush and here we are!

Why have you made your products with hemp? What does hemp do for your skin that others don’t?

Because of my own skin issues, I started researching ingredients that didn’t clog the pores as everything I used kept filling up my spot again. I came across hemp, and despite it being an oil it’s actually non-comedogenic meaning that it doesn’t actually clog the pores. Hemp has been dubbed nature’s most perfectly balanced oil, so it contains all the 21 known amino acids and it’s got a perfect ratio of the omega’s 3, 6 & 9. This is the optimum requirement for healthy skin which means that it’s actually suitable for all skin types, even sensitive. It can moisturise without clogging pores, it can balance oily skin, hydrate dry skin, and help acne prone skin too. How can one ingredient do so many things? 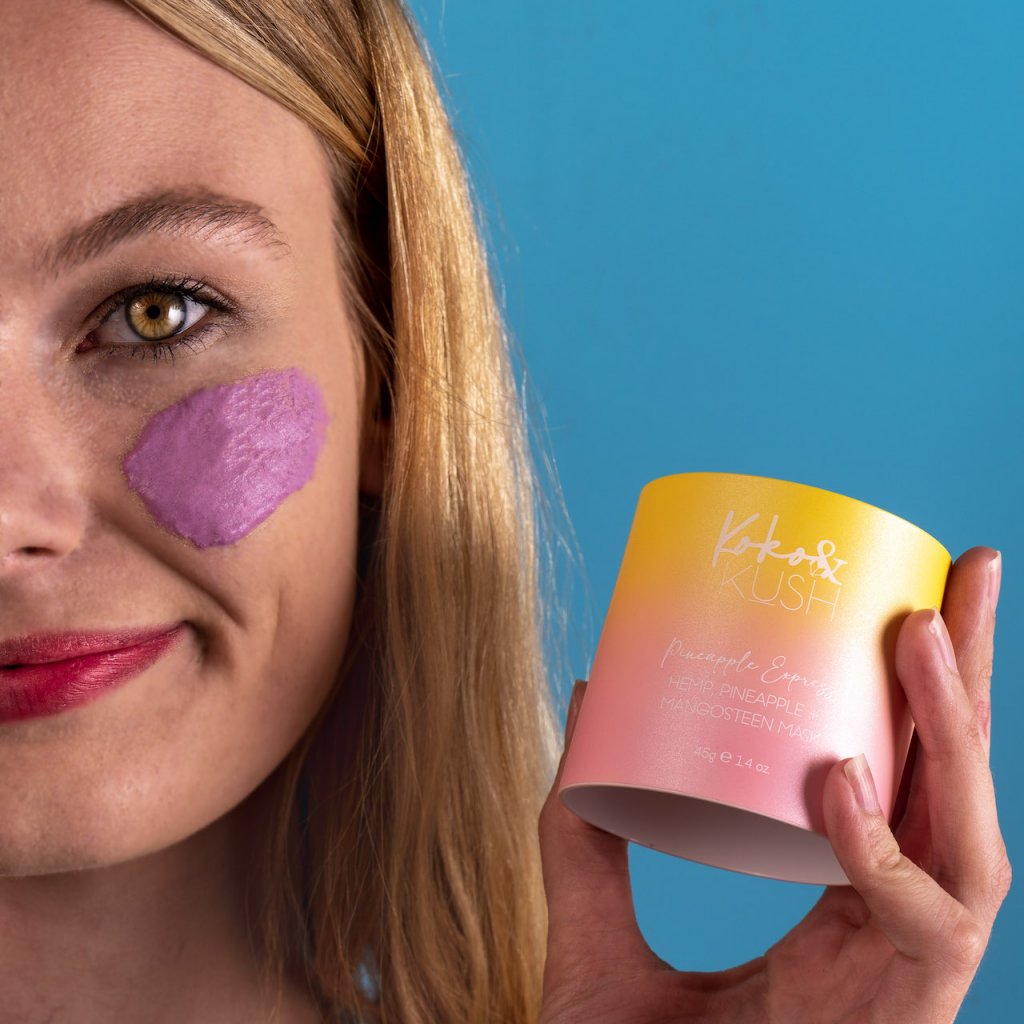 I used all the products on myself, and it actually healed my own skin issue on my nose in under a week! I still clearly remember going out with NO concealer on and feeling so confident in my own skin again. I started giving out samples to friends and family that had skin issues. One had acne, one had pigmentation, one had dry skin and they all came back they were like, “Cindy it works!” I was thinking, “Are you sure? It hasn’t even been that long, what?” I got them to send me photos regularly and it was helping all of them with different skin issues. I realised then that I was onto something.

I developed four products with hemp in every single one of them and that’s where the Koko&Kush name stemmed from. I think when people hear hemp, they associate it immediately with marijuana so there’s a miscommunication there and I think educating people about hemp and its benefits is the way to go.

Did you have any troubles trying to get hemp as an ingredient approved for your products?

Not at all! In 2017, hemp became legal in Australia, not marijuana. I believe you can use hemp seeds, fibres, and oil but only if you use a product with the right percentage of CBD and THC so that there can’t be any psychedelic effects if you use it. So it’s all regulated and 100% legal here now.

It’s not just hemp that plays a large part in Koko&Kush but also the packaging. How does environmentalism play a part in your business?

People are going towards being green and more sustainable these days. I wanted something that was very different and not on the market yet. Refillable packaging is very sustainable. You pay for the outer cartridge once and just keep purchasing the refills and it was something I would’ve always steered the brand to – to be more sustainable.

When I was first starting, I couldn’t even afford printed packaging let alone refillable with the budget we had. I kept researching branding and I knew it would be difficult for me to separate myself from other brands and that’s why I switched up from the start and went all in on printed refillable packaging with very colourful bottles to brighten up everyone’s vanity. I wanted people to be excited to use their skincare as it can feel like a chore everyday. 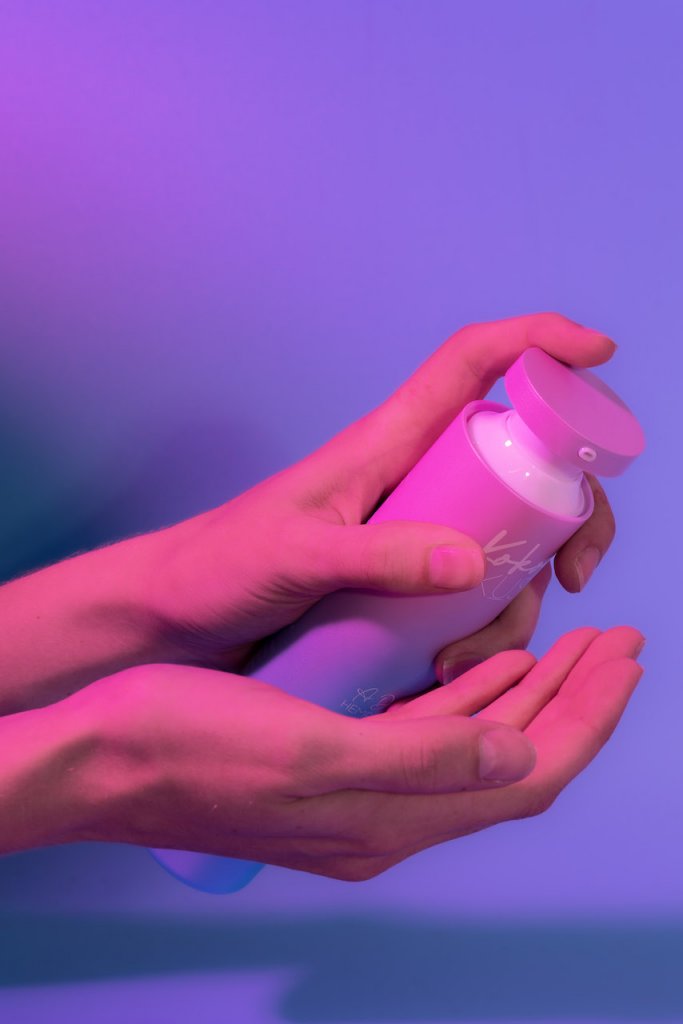 Refillable products have really been taking off since COVID, but a lot of people aren’t game enough to try the refillable industry. They want to stick with what they know. Do you think that might impact Koko & Kush?

I do understand that people find it more costly at the start to purchase the full item but I don’t think they realise that it helps the environment and long-term, it ends up being cost effective as well. But again, education is key and we’re determined to do this for consumers!

For more interviews, check out our chat with Afends and all their good hemp news.