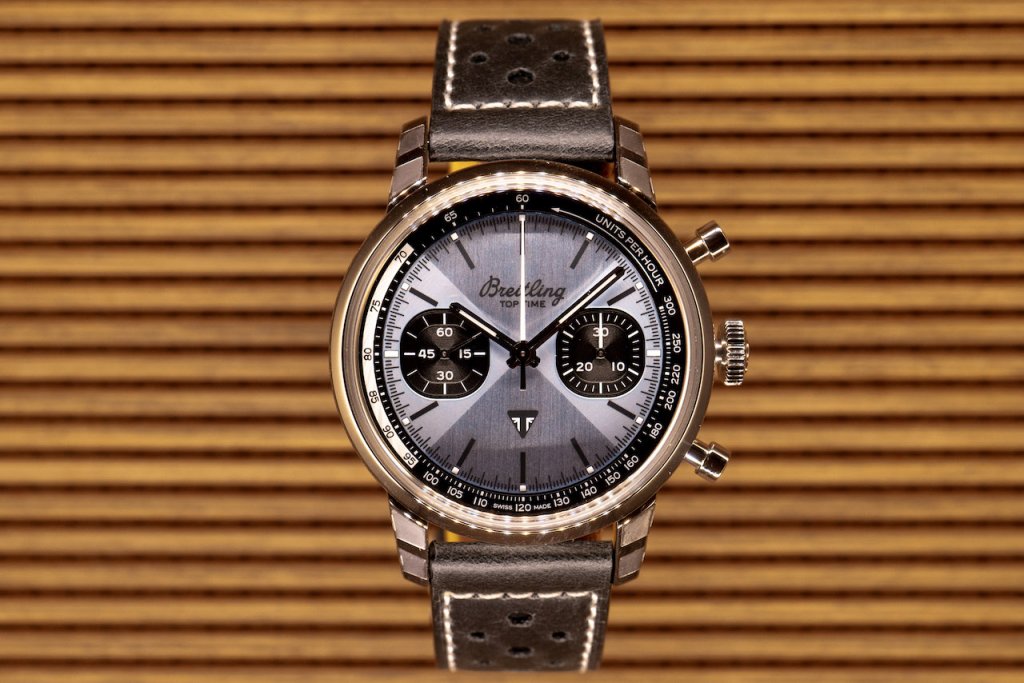 The Breitling Top Time is an unpretentious return to what used to make watches cool.

There’s a lot of pomposity surrounding watch collecting over the last few years. Watches used to be cool, well, cool for us watch geeks. They used to make us feel something more than just flexing. We used to wear Breitlings to feel rugged. Submariners to feel posh and Seamasters to pretend we’re Bond (James Bond).

Never once did us watch geeks think that we’d be so concerned whether movements were produced in-house or outsourced, whether we’d be concerned with the value of a watch increasing and if it’s going to continue being an investment. We just want watches that feel like real watches.

Somehow Breitling has been able to recapture our imaginations and find that lightning in a bottle again without breaking the bank. You just need to get in early. 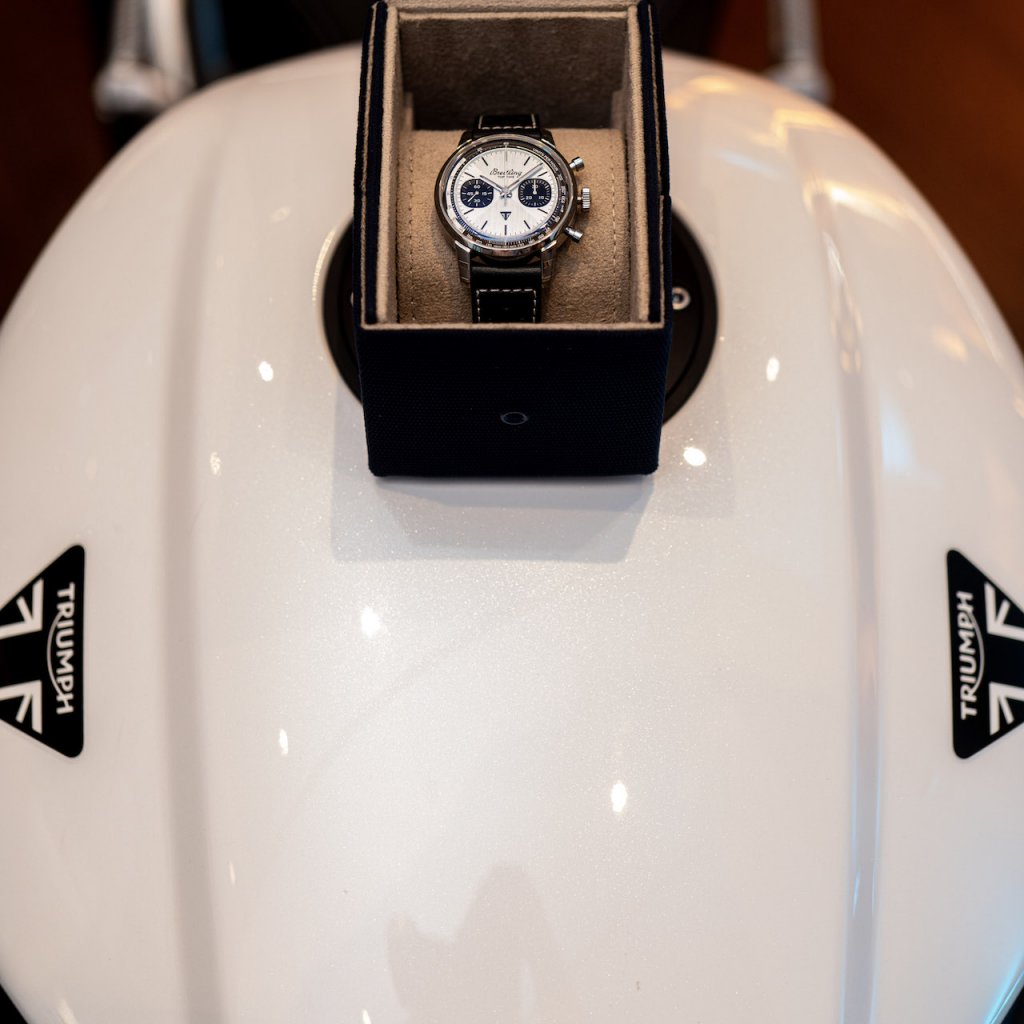 The Breitling Top Time was released after the deep dive into their own catalogue found a hidden watch from 1974, the 812 Chronograph. Breitling was doing ice blue long before Rolex was (and might be doing it long after too) and they’ve combined that aesthetic with what they’ve been doing with their retro Top Times.

A Breitling finished Valjoux 7753 movement, a pretty dial and a rugged leather strap. That’s all watch collecting needs to be again, something simple, non-pompous and a heap of fun. Just magic all over again. I can wear this on a strap, a bracelet or a nato and I have absolutely no regrets if I accidentally smash it into a doorknob (Breitling’s service is much better than other brands).

The Top Time collection was reintroduced in 2020 through Breitling’s first Webcast summit and was deemed an absolute success when it went back to its Mask of Zorro dial. It did even better with their first auto collaboration with DEUS motorcycles (Breitling understands that you want a café racer and chronograph at the same time) and then they absolutely smashed it out of the park with their Mustang, Cobra and GT editions in late 2021.

Willy Breitling had a thing for café racers you see, and Georges Kern has tapped into it. First with the DEUS partnership, and secondly with the partnership with Triumph. 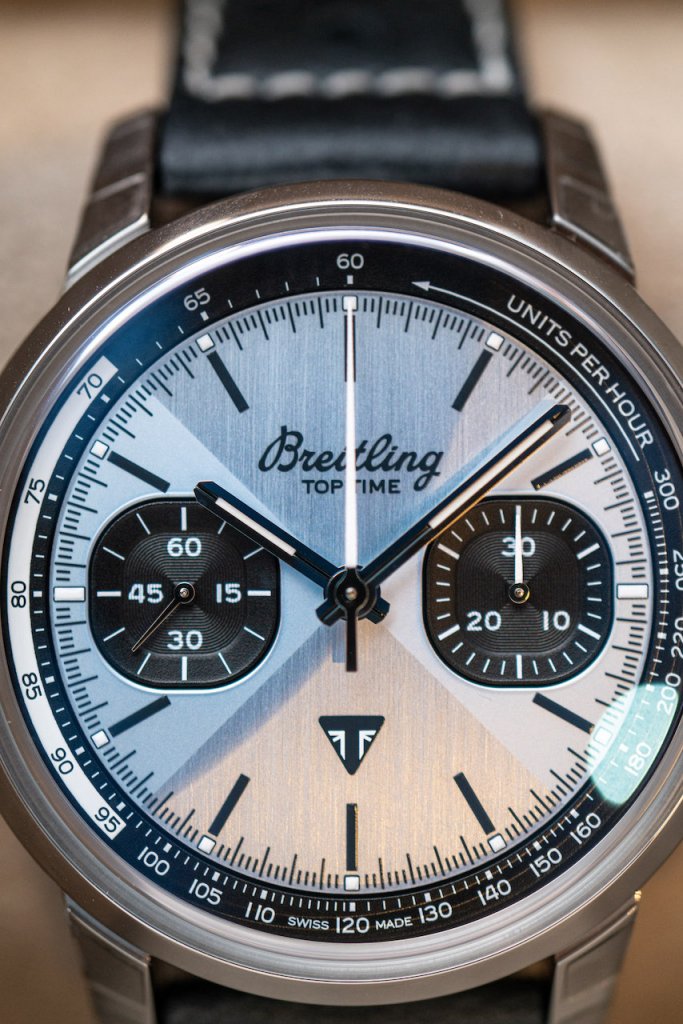 Breitling has found a gap in the market. They know some people can’t or don’t want to pay $100k for an ice blue Rolex. See when I look across all brands, I’m still yet to find anyone outside of Breitling or Rolex to do something in ice blue.

Omega hasn’t seemed to be able to capture that magic. HUBLOT continues to fire rocket launchers and call them Big Bangs (I’d love a Classic Fusion in this range though). Zenith continue to think its main competition is Audemars Piguet and IWC continue to push their love obsession with Lewis Hamilton.

But it really seems that in their men’s range, Breitling and Rolex are the only two brands that focus on a sunburst ice blue dial, and they do it perfectly with the Top Time and Chronomat version of their watches.

Breitling has stuck with the same logo they used on their Deus Top Time model, and I don’t think this one is fading away soon. Perfect curvature and type face. You can see the attention to detail with the logo and have it instantly recognisable. The Triumph logo is nestled where the date window could be, just above 6 o’clock, similar to the DEUS release last season.

The sub dials are square and painted matt black, to show a perfect contrast between itself and the ice blue. 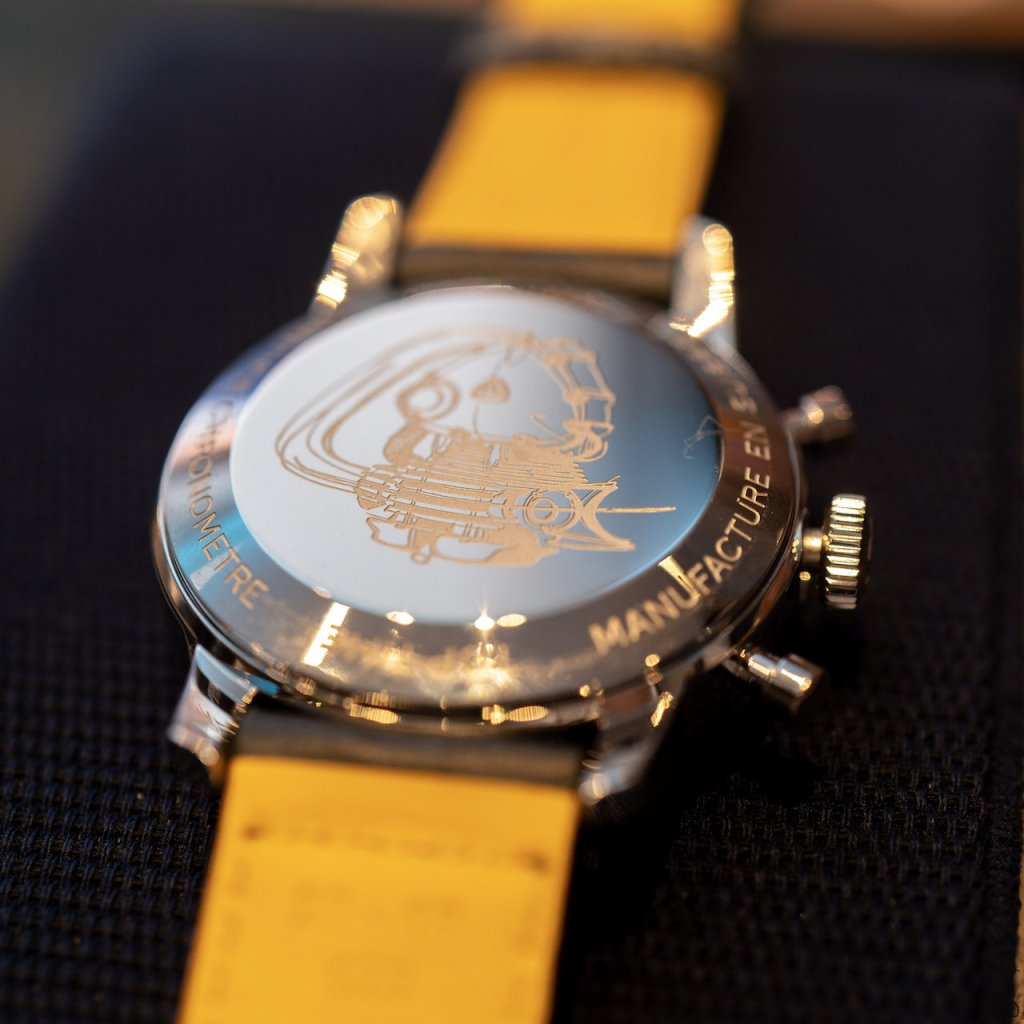 Although this is the B23, it really is a value movement in disguise. But I guess that’s part of why I love this watch so much as the original Daytona didn’t need an in-house movement, and this doesn’t need too either.

Anyone who has ever purchased a boutique edition watch from Breitling understands the service you receive when purchasing a watch. Yes, you have the black rugged strap, but this does seem like the type of watch that will go perfectly with a nato or even a new bracelet (hint hint watches and wonders, we’re looking at you).

At $7490 AUD, you can see Breitling has recaptured the collector’s market with something so simple – a collaboration with a motorcycle company, a gorgeous dial and a marketing campaign that cannot be beat.

If I could afford the bike with it I would. This watch recaptures everything we ever wanted.