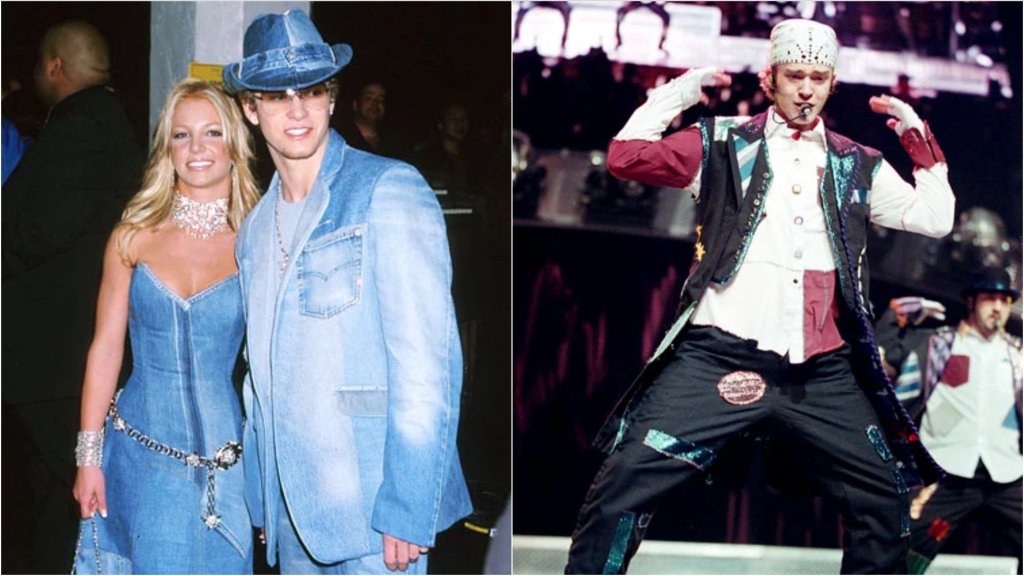 It’s Justin Timberlake’s birthday so we thought we would embarrass him a little with a look back at his best (maybe worst?) style moments.

The singer and actor’s fashion during the late 90s and early 2000s was some of the most audacious and often ridiculous but exemplary examples of Y2K fashion.

So as you would show embarrassing baby photos at someone’s 21st, we thought we would do something similar for JT. 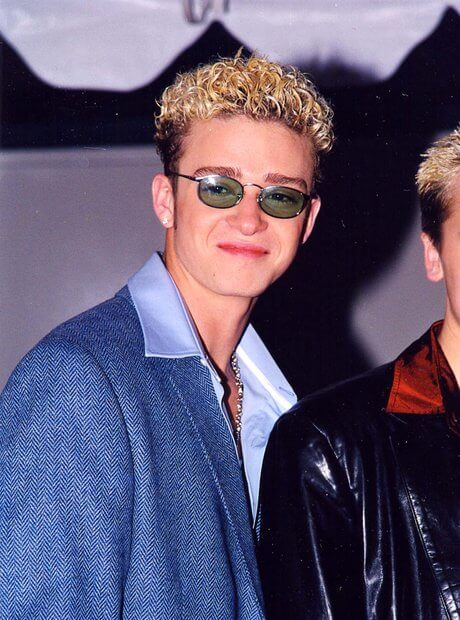 Why were coloured sunglasses ever a thing? And that big collar? While the 70s are coming back into style now, they certainly weren’t in 1998. You can’t say that JT wasn’t beating to the rhythm of his own drum.

A Burgeoning Love For Denim We all know about Justin’s iconic double denim look with Britney Spears on the red carpet but it had humble beginnings here in 1999.

It isn’t as garish as his later 2001 look but that doesn’t mean that this was a winner either. If it wasn’t for the Timberlake swagger, this outfit would have been D.O.A.

Now THAT is a Turtleneck I don’t even need to say it. Just look how much Justin overshadows the rest of NSYNC. He’s glowing, baby! I like to think it’s all thanks to the turtleneck but check out those leather pants paired with a lone star belt buckle. I certainly wouldn’t have thought of this pairing but we are all better off for having witnessed it.

Keep the Sunglasses, Get Rid of the Curls Have you ever seen a white guy able to pull off braids/cornrows? I guess a former Mickey Mouse Club member probably isn’t the right guy to try and pull off this street look. But God knows he wasn’t the only one to try. Granted, all the NSYNC members look pretty uh… Y2K to put it nicely. The entire group here just screams “style” but it’s Justin’s blue jumpsuit that really does it for me. Why a jumpsuit? Why not? Swap out the cornrows for a doorag and you’ve got a look that is definitely not doing anything to help your street cred. But at the same time he’s made the whole outfit that’s so camp that it almost works. Giving Justin the benefit of the doubt, I don’t think he was trying to be street cool just given the colours and patterns he’s wearing. But I could very easily be wrong and this is just misguided attempt at a hip-hop style. Justin himself has said that the internet won’t let him forget this outfit and can you really blame them? It’s one of the most iconic fashion moments of 2001! Everything about this is awful (amazing) from the weird cut of the jacket to the denim cowboy hat. He didn’t even forget his sunnies. What are those patterns? What is it even made of? Why is it cut like that? All these questions and more we may never have the answers to.