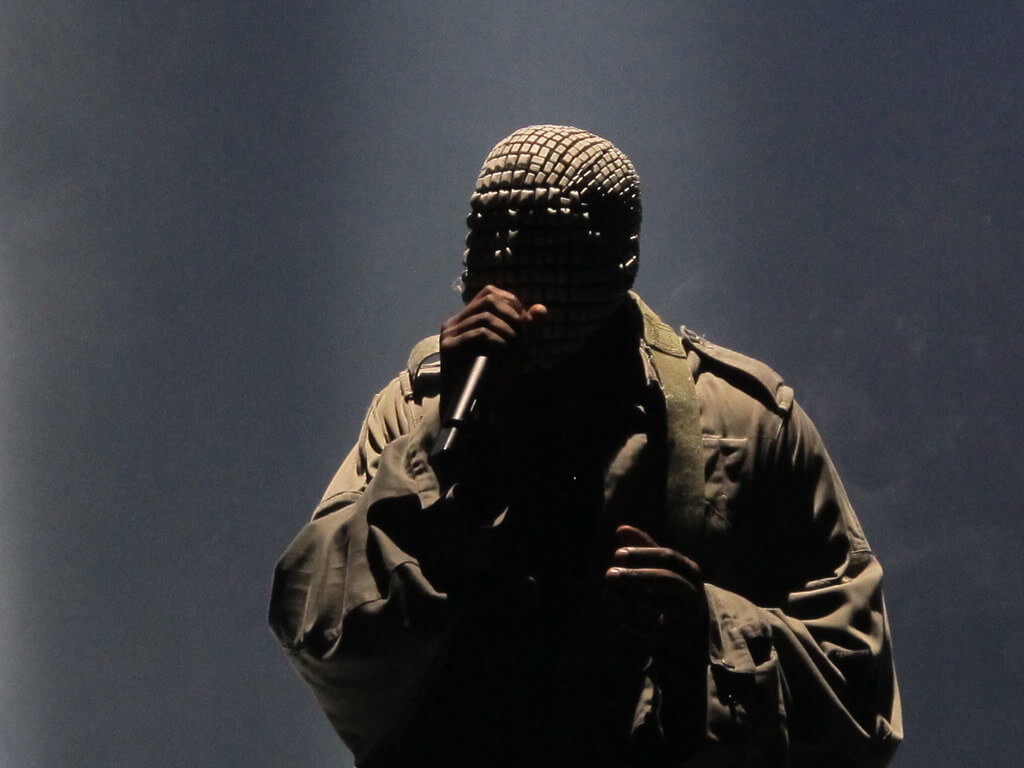 Kanye West (Ye) has gone on another tirade on Instagram slamming the likes of Billie Eilish, Pete Davidson, and Kid Cudi.

A couple of days ago Kanye West claimed that he wouldn’t perform at Coachella if Billie Eilish didn’t apologise to rapper Travis Scott. What does she need to apologise for? Well Eilish stopped a concert over the weekend in Atlanta when she saw a fan was struggling and needing medical assistance. All Eilish said in a video uploaded by a concertgoer, “We’re taking care of our people. I wait for people to be okay until I keep going.”

Kanye West saw this as a direct reference and possible attack on Travis Scott after the tragedy that befell one of Scott’s performances that resulted in the death of 10 people. West said on Instagram,

“Come on Billie we love you please apologise to Trav and to the families of the people who lost their lives no one intended this to happen. Trav didn’t have any idea of what was happening when he was on stage and was very hurt by what happened and yes Trav will be with me at Coachella but now I need Billie to apologise before I perform.”

Since then, Kanye has lost the plot even further and declared “civil war” on Pete Davidson. West shared a photo of Davidson and West’s ex-wife, Kim Kardashian, declaring, “LOOK AT THIS D**KHEAD.”

West then hilariously photoshopped himself and Davidson onto the Captain America: Civil War poster and declared, “Kayne West – Civil War.” Those depicted on West’s “side” are his new girlfriend, Julia Fox, Drake, Travis Scott, and Future. On Davidson’s you see Kim Kardashian, Billie Eilish, Kid Cudi, and Taylor Swift.

Recently West has also shared another photoshopped poster, this time from Venom 2, depicting the two men facing off. Not as funny as the first one but still incredibly strange.

It didn’t stop there; West shared the photos from Davidsons live takeover of Calvin Klein’s Instagram that depicted the comedian in underwear next to musician Machine Gun Kelly. Alongside that picture, West shared a partial screenshot of a text Davidson sent to West which partially read, “… you as a man I’d never get in the way of your children. That’s a promise. How you guys go about raising your kids is your business and not mine. I do hope [some] day I can meet them and we can all be friends.”

Underneath West wrote the caption, “NO YOU WILL NEVER MEET MY CHILDREN”.

Weirdly, this has also negatively affected West’s and Kid Cudi’s friendly relationship. West shared a now deleted post of himself with Timothee Chalamet and Kid Cudi with Pete Davidson’s face crossed out. The caption read, “Just wanted my friend to have my back. The knife just goes in deeper.” 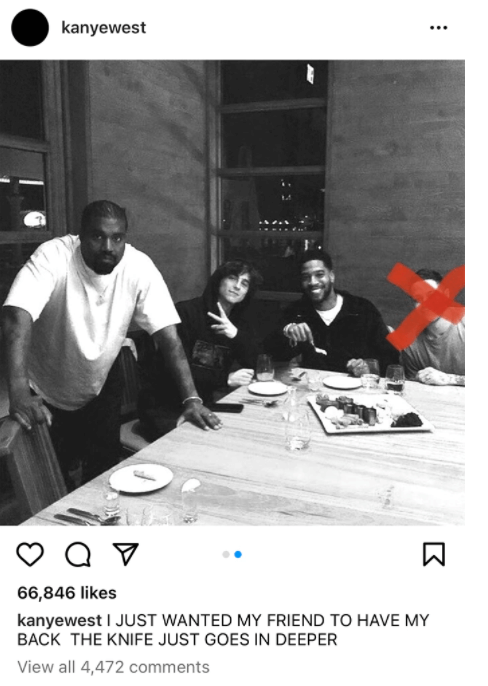 Before that, West revealed that “Cudi will not be on Donda” as he is “friends with you know who.”

Cudi responded in the comments that he did not want to “be on your album, you f**king dinosaur. Everyone knows I’ve been the best thing about your albums since I met you. I’m a pray for you brother.”

Is this another one of West’s bi-polar episodes? Should his phone be taken off of him during these times? Is he surrounding himself with enablers? OR is this just a very Kanye way of promoting Donda 2?