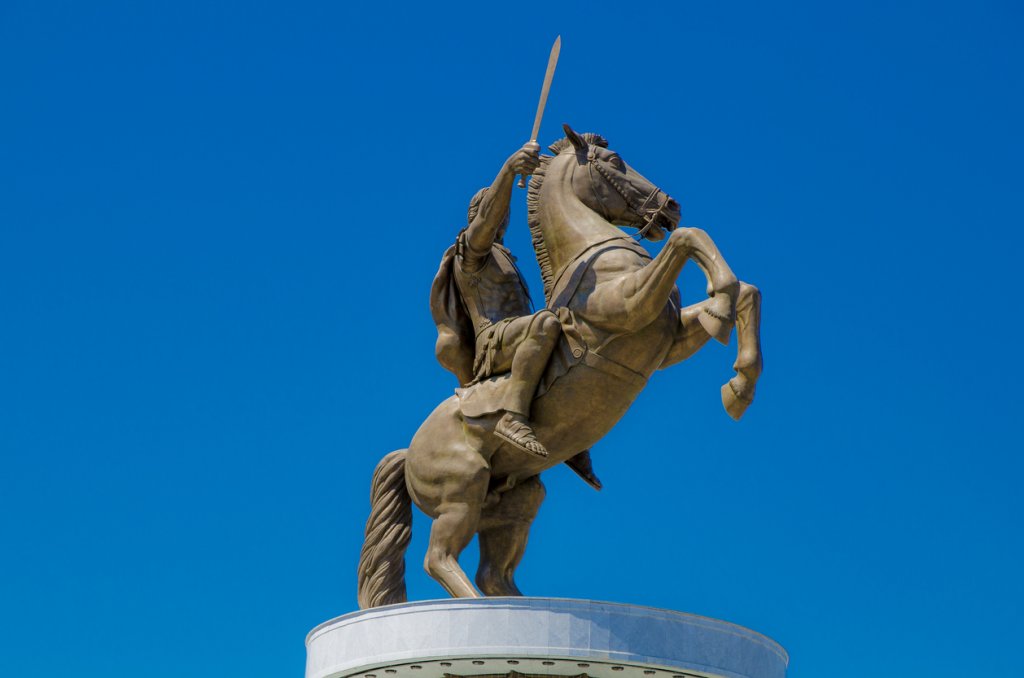 A rejuvenation project led to the erection of a ridiculous number of statues in the Macedonian capital of Skopje that has turned the city into one of the kitsch capitals of Europe.

The reason for the crazy amount of statues in Skopje, North Macedonia is both hilarious and sad. Before we explore these statues, we need to go into the reason why they are even there.

In 2010 there was a major redevelopment project announced titled “Skopje 2014.” This was a project financed by the then-ruling nationalist party VMRO-DPME. The official purpose of the project was to give Skopje a more “classical appeal.”

The project was set to build colleges, museums, government buildings, and monuments depicting historical figures from the region of Macedonia.

This was controversial for a number of reasons:

The project was able to gain traction as the city was in shambles after an earthquake in 1963 that destroyed about 80% of the city. A lot of the buildings that faced destruction were the neoclassical buildings found in the city centre, hence the classical rejuvenation. There was also the idea to revamp and remove the former communist style buildings.

Regardless of the decision making behind it, the city has started becoming a tourist attraction precisely because of this perceived frivolous spending. But it isn’t because people think it’s good, it’s because it is kitsch, some even going as far as to call it a “mini-Vegas.”

There are so many statues that there is a game tourists and backpackers play in the city. The aim is to see how many statues you can find around the city in 24 hours. One writer said they saw 68 different statues!

Here are a few of my favourites.

If that tickled your fancy, check out our list of the must-see palaces of Russia!